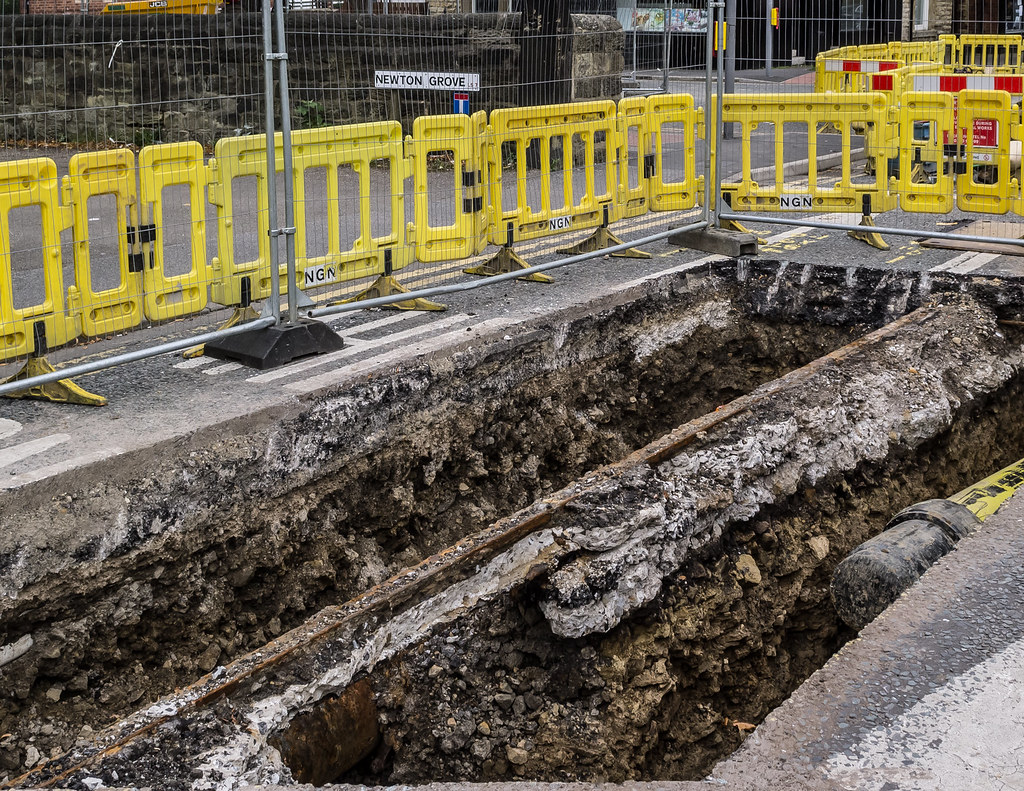 Well done Brunel once covered they may not be seen again for a very long time.
No matter were i end my days im an Hunslet lad with Hunslet ways.
Top

I must have ridden up and down that tram track as a Lad on my way to and back from Roundhay Park. I can't remember if we could get a Tram from Dewsbury Road up to there or if we had to change in Briggate.
The journey seemed to take forever and going down North Sreet and seeing all the Jewish shop names, the Pearlman. Bloomberg, Sorkin, Cohens etc. was another world coming from a predominatly Irish areas we did. ( Little did i know that 10 years or so later i would be working down there quite happily. )
P.s. Though I do recall as a kid using the Tram up Chapeltown Road to visit my Aunt who lived behind the Mexboro'pub. I now think the Tram to Roundhay Park turned up Roundhay Road at the bootom of North Street.
Top

THE HAREHILLS AVE. TURNBACK REVEALED. by Isambard Brunel, on Flickr


THE HAREHILLS AVE. TURNBACK REVEALED.
A short spur leading in/out of Harehills Ave. was used for Moortown, Roundhay trams, terminating their journey at Reginald Terrace. It was in use in 1920's/30's.
A good explanation of this is given in LEEDS TRANSPORT by J. SOPER VOL, 2&3
Also see LEEDS TRANSPORT IN COLOUR 1880-1952 JIM SOPER ...Page 26.
Top

Thanks Brunel for the photos

I like seeing such bits of old Leeds. I wonder where the best remains (presumably covered) of tram tracks are in Leeds?
A rainbow is a ribbon that Nature puts on when she washes her hair.
Top

YEP on the right track for a change

I would think that in the 1950s when the Tram system was being replaced by Buses that the Council would hvae simply covered the Tracks over in most cases. I certainly don't recall vast amounts of Tramlines being lifted and transported away. It would have been a mammoth job.
Top

Only easily accessible track was lifted, on the various reserved sections it was surface mounted.

All the track buried in tarmac was left in situ.
Top

In that case a good candidate for Leodian's "best remains" query would be the superb all-ways junction arrangement at the Briggate, Boar Lane, and Duncan Street intersection.
Top
Post Reply
9 posts • Page 1 of 1