buffaloskinner wrote:That's a lovely tale Billy, but how did you get the brick past customs?

Cheers Buffalo, nice bit of info there - went on ferry from Hull so brick was in boot of car. Visited Oosterbeek war cemetery while we were there - a very sobering experience. Bless all the boys of all sides who didn't get to go home.
Top

That is a very moving account MiggyBill. It also reminds me of the line "If I should die, think only this of me; that there's some corner of a foreign field that is for ever England" in Rupert Brooke's 'The Soldier'.
A rainbow is a ribbon that Nature puts on when she washes her hair.
Top

Thank you to Miggy Bill for sharing his story.

Thanks to Mick for his genius!!

Adwalton is village in the City of Leeds metropolitan borough, West Yorkshire, England.

It is 6 miles south west of Leeds and is now generally regarded as part of the larger village of Drighlington.

It is in the BD11 postcode area.

This 'Allied' brick caught my eye during a walk on May 11 2016. It was well embedded in the ground near the start of a track in the Wothersome area (LS23) that goes by Stubbing Moor and eventually leads to Milner Lane near Hetchell Wood. There were a number of other well embedded roughly spread bricks close together, with most seemingly to have no name on them but a couple at least had 'Armitage' on them (a name I've often seen on bricks). I wonder if 'Allied' was a Leeds or local brick maker? 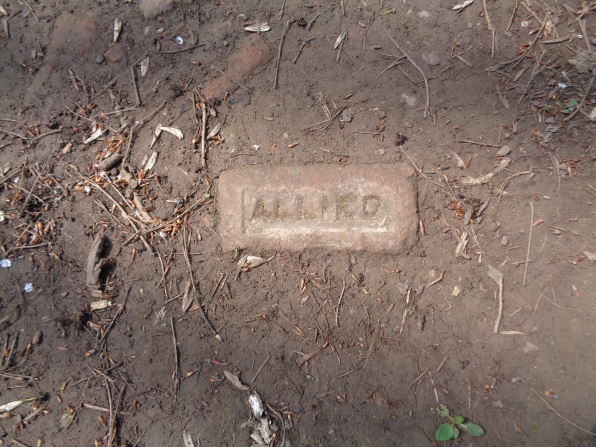 This could be it.
http://www.penmorfa.com/bricks/england3.html
Top

. The brick is likely therefore to be from Allied Brick & Tile of Beeston, Leeds that was "lost to the trade by the mid fifties".
A rainbow is a ribbon that Nature puts on when she washes her hair.
Top

How early were bricks used in east Leeds to build in a) houses and b) large buildings.
the facts would be useful because I am trying to date some old buildings.
Top

snowman1 wrote:hi lads
any info for this company please
city brick co
the brick is a very heavy red brick
with thanks
sm1

The City Brick Co. were on Harehills Lane between Clifton Rd. & Nowell Lane.

It's a small industrial estate now but the printers building may have been an original part of the brickworks.