A neighbour alerted me yesterday (Sept 6 2020) to massive numbers of small beetles he had seen while walking by the day before. I went to the site today (Sept 7 2020) and found there were huge numbers of the beetles (a very few of them are seen in the attached photo that I took). The beetles are a metallic blue and a bit over a quarter of an inch in length. They copiously covered a small area and were on different plants. I saw a few of the beetles flying. The beetles were in untended ground by Nanny Beck that runs by Buckstone Road, Alwoodley, a little before the track into Adel Wood.

The nearest I've been able to identify them is that they may be blue mint beetles but those are said to be almost always only found on mint plants and these were seen on various plants (I don't know if the plants in the photo are mint ones). I wonder if there is an invasion of these beetles this year for some reason. 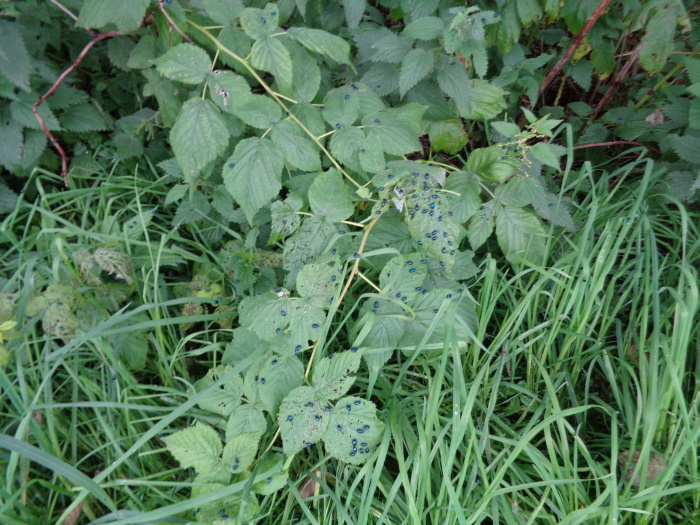 They look like alder leaf beetles, I found a similar group 2 years ago near Warrington They also look to be on alder leaves
Top

Thanks for your help warringtonrhino

.
A rainbow is a ribbon that Nature puts on when she washes her hair.
Top
Post Reply
4 posts • Page 1 of 1