I may be misunderstanding it but as far as I do the architects have basically been given a contact "Worth in the region of £245,748" that runs until the end of August 2020 to come up with ideas for the site. It does seem a long period. By 2020 there may be even less of the site remaining!
A rainbow is a ribbon that Nature puts on when she washes her hair.
Top

In 1950 when i left began working in King Edward St. i used go for dinner each day into Crown St. and to the left where the Cloth hall was it was just a warren of old shanty like buildings. I used to climb two flights of stairs to "Lil's Cafe" where you had a great 3 course lunch for 1/ 6d The whole buildings were wood and it only occurred to me in later years if there had ever been a fire up there how would have folks got out ?.
In 1960 i was back there in Crown Street as we took the left hand side of the Corn Exchange (up the steps) and used it as a retail carpet shop for some time.
Top

The old maps show a maze of haphazard buildings and courts backing on to Kirkgate, on the area where Crown Street car park is now. I'm guessing that must be the area you mean!

Does anyone happen to know what the White Cloth Hall buildings were last used for? I know one wing was Vegas Amusements until relatively recently, but the rest was borded up for as long as I can remember (till they pulled it down). Would be interesting to know when they were last in active service.
Top

There is a report dated October 23 2016 in the Yorkshire Evening Post website about a meeting of Leeds City Council this coming Thursday to discuss a pre-application plan for the repair and restoration of the First White Cloth Hall site into possibly a bar or restaurant. This is a link to the online report http://www.yorkshireeveningpost.co.uk/n ... -1-8196328.
A rainbow is a ribbon that Nature puts on when she washes her hair.
Top

Bar or Restaurant Just what the City is in need of..... What happened to Restoration Plans for this Grade 2 listed site ?
Top

I think they are going to restore it aren't they?

Know what you mean about bar/restaurant, but at this stage I'll take anything!
Top

There are a few interesting docs that have come to light regarding what's happening with the WCH going forward:

http://democracy.leeds.gov.uk/documents ... 600532.pdf
- proposal for what's most likely to be done: re-instatement of the missing wing and courtyard; re-opening the arcading; and a new glass roof over the courtyard

https://www.youtube.com/watch?v=4WjV4Ko ... e=youtu.be
- a CGI walkthrough of the building as it originally was

Frustratingly, last time I Googled this I'm sure I found another fabric appraisal which included some interior photos of the building in its current state. Nowhere to be found!
Top

I've only had a cursory look through the contents brought up through the links but the illustrations of what the site could look like are very interesting. The CGI walkthrough made it look very grand in its hey day! It's a shame it was ever allowed to deteriorate so much though even now some areas in the centre of Leeds are very neglected, such as parts of Duncan Street and the area around the old British Road Services building on Lady Lane (plans for redevelopment of the latter area do appear to have been delayed for ages). Parts of The Calls area around the H C Atkinson building are also in serious need of redevelopment, though work on some bits has at least started.
A rainbow is a ribbon that Nature puts on when she washes her hair.
Top

These are 3 of the photos that I took at the First White Cloth Hall (FWCH) 'demolition' site on January 10 2017. The first shows some interesting bricked up arches that may or may not have been part of the FWCH. The second is a view at the FWCH site with Kirkgate off on the right. The third is another view of the FWCH site. 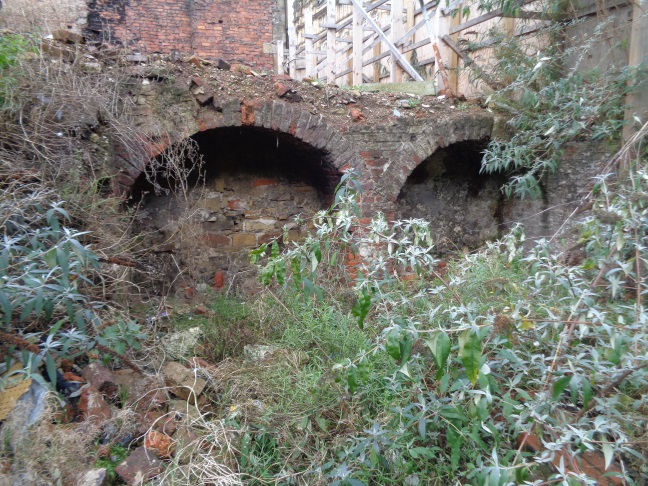 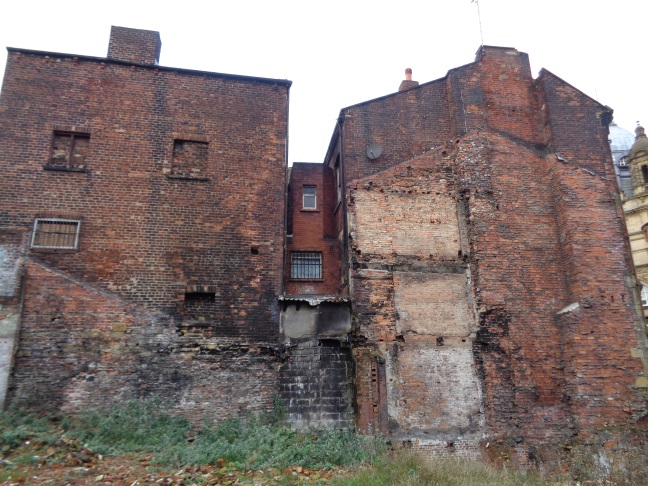 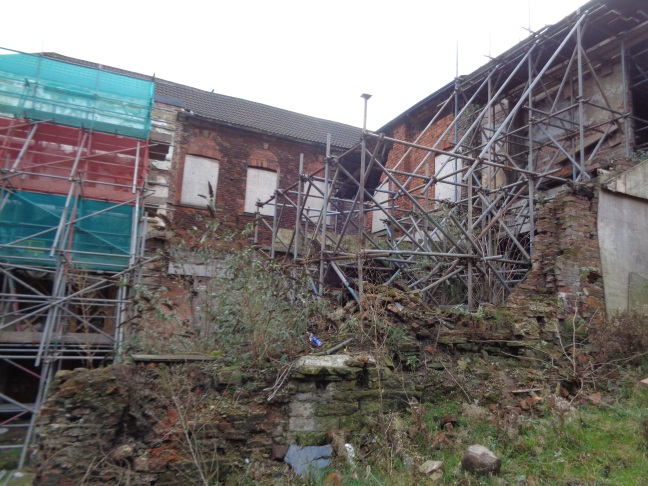 Very good! There are indeed the remains of a cellar for the FWCH, although parts of it (the clearly older brickwork) are the remains of an earlier building - possibly a medieval hospitium.
Top
Post Reply
62 posts