I had thought the date was 1885 but on seeing the way an 1869 appears at the other end of the frontage on Google Street View I'm now sure the date is 1815 (which I've now found is the start year of the business that originally owned the building). The building was built in 1869 which accounts for that date. The photo was taken on July 14 2016. 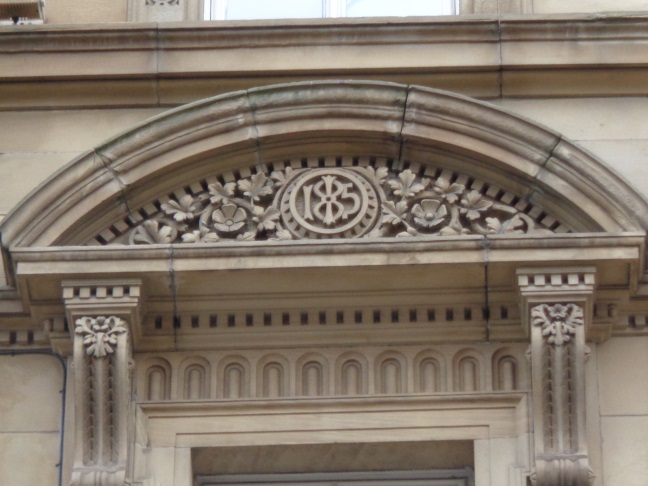 Never seen it before.....
Come on Leeds United!
Top

I have passed the building very many times but had never spotted the date before and it was only by chance that I looked up and saw the date.
A rainbow is a ribbon that Nature puts on when she washes her hair.
Top

This looks like the building that now houses Gaucho on Park Row... Not sure what it was originally though....
Top

LS1 wrote:This looks like the building that now houses Gaucho on Park Row... Not sure what it was originally though....

Yes it is Saint Andrews Chambers, on Park Row, Leeds, that is at least partly occupied by Gaucho. The building was built in 1869 for the 'Scottish Widows Fund and Life Assurance Society' which itself began in 1815.

The photo here (which I took on July 14 2016) looks across Park Row to the Saint Andrews Chambers entry/exit porch. The 1815 date is however out of view higher up. The ornate doorway porch and its lovely carvings were the subject of a Secret Leeds post of mine on January 15 2014. This is the link to that:- http://secretleeds.com/viewtopic.php?t=5093
A rainbow is a ribbon that Nature puts on when she washes her hair.
Top
Post Reply
5 posts • Page 1 of 1