What other secrets does Leeds hold during world war 2? The headquarters of the ministry of home defence under city square? or perhaps one of Leeds own toy manufacturers helping POWS in there own great escape????? Intrique indeed!!

The Hyde Park bunker is still there, I know of people who've been in it. I've been in one of the vents for it, but this didn't provide access to the main part. It's been blocked up with boulders since then, though these could probably be shifted with a determined group effort.
Top

There is an underground bunker half way up Sharpe Lane in Robin Hood.At the Junction of Sharpe Land and the A61 Leeds/Wakefield Road was an unusual white building that was shrouded in mystery for years. Rumour has it that it was a secret Army outpost.Just 200 yards up sharpe Lane, just in the corner of a farmers field, is a mound. Underneath this is reputedly a bunker leading from the mysterious building.Not being a technophobe I don't know how to capture a picture from Google Earth and post it on here, so if someone can tell me how to do it I will. The image is so clear as to where the bunker lies.
Top

Just get the google image you need on the screen. Go to the top of the screen & click on 'file' a window should open & say 'save image' Hey presto!!!
A fool spends his entire life digging a hole for himself.A wise man knows when it's time to stop!(phill.d 2010)http://flickr.com/photos/phill_dvsn/
Top

Or you could just do PRINTSCREEN/PASTE
Top

Hi rodilite, the large white building at the junction of Sharpe Lane and the A61 was a GPO(BT) Protected Repeater Station. To try to keep the phone system going after the bomb dropped!The squat one story building up the road was the CEGB Regional Grid Control Bunker. To try to keep the electrics going should the bomb drop. The large double doors have been put in later, and it seems to be used by a construction company now. I think there is blast proof accomodation below ground.The curious mound in the field looks like it could be the remains of ROC Hunslet. This is where the Royal Observer Corps would monitor fallout etc. The exact location of where ROC Hunslet was is unclear. It was thought it could have been lost during the construction of the M1. It looks to me like it was where that mound was, and is now sitting in pieces there!All in all, quite a little cold war hotspot!
Top

Phill_d wrote: Just get the google image you need on the screen. Go to the top of the screen & click on 'file' a window should open & say 'save image' Hey presto!!! This? I never knew it was a bunker. There are underground rooms at the Repeater Building that is being knocked down at the moment as there were at the RAF Bunker (old Dentists near fire station on Carlton Lane)
Ravioli, ravioli followed by ravioli. I happen to like ravioli.
Top

If it's where I'm thinking of reginald, (Carlton Lane next to the fire station??) it was the Rothwell Civil Defence Control Bunker, in use up until the 60s I'm told. There was somewhere called RAF Rothwell Haigh but haven't found out much about it other than it was a telegraph relay station possibly. Could have been to do with the repeater station.The bunker next to the fire station hasn't been demolished has it? Last time I drove through I forgot to look properly.
Top

Phill_d wrote: How many people having a kick about on the Chappel A recreation ground know there stood on top of a 100 yard long WWII air raid shelter? I'd like to think there were some old relics hid down there. Gas masks & a 'Careless talk costs lifes' perhaps!!! Heres a nice air raid shelter in cross flatts park. we tried as kids to get in but never managed it.I believe an anti aircraft gun was stationed at the bottom of the park during ww11. Any ideas? 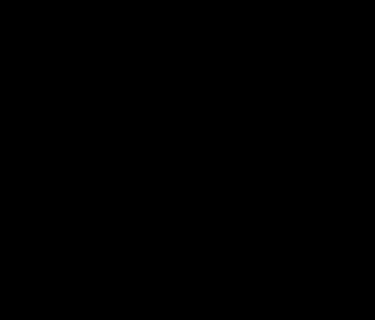 Cheers mick, that shelter was blocked off years ago after a child was injured in there I think.I believe Cross Flatts Park had some temporary water tanks built there for fire-fighting purposes, as did many other Leeds parks. Some people even say there is another shelter there.I suppose depending on the type of AA guns there may not be any remains left. Only the larger (HAA - Heavy Anti Aircraft) batteries had permanent structures, and most of these have been demolished.
Top
Post Reply
282 posts