How well do you know Leeds?
Post Reply
11 posts

On Kirkstall Rd outbound next to 'a well known Hyundai & Ford Dealer' I noticed what I thought was a Lion's head inset to some brickwork by the footway. Accepting these might be relics from the former premises and put there on construction of the dealership.As I was cycling in a force 9 gale with rain & hailstone, I did not have the ability to take a pic.Here's a google image, it is just next to (what was, I think) Asda's old HQ.http://goo.gl/maps/XH9vyAnyone know what where from why etc?Ta.

A good find jogon im shure we will find out about it on here.It looks to have been there a lot longer than the dealership.
No matter were i end my days im an Hunslet lad with Hunslet ways.
Top

There was once a large leather works in that area, something to do with treating hides.
Top

electricaldave wrote: There was once a large leather works in that area, something to do with treating hides. There were 2 tanneries on the site " A carving of a bull's head is visible over the archway on the left"http://www.leodis.net/display.aspx?reso ... SPLAY=FULL
Top

By chance, I have a picture of the bull which I took on a lunchtime stroll a few years ago. Has the tannery been demolished now? 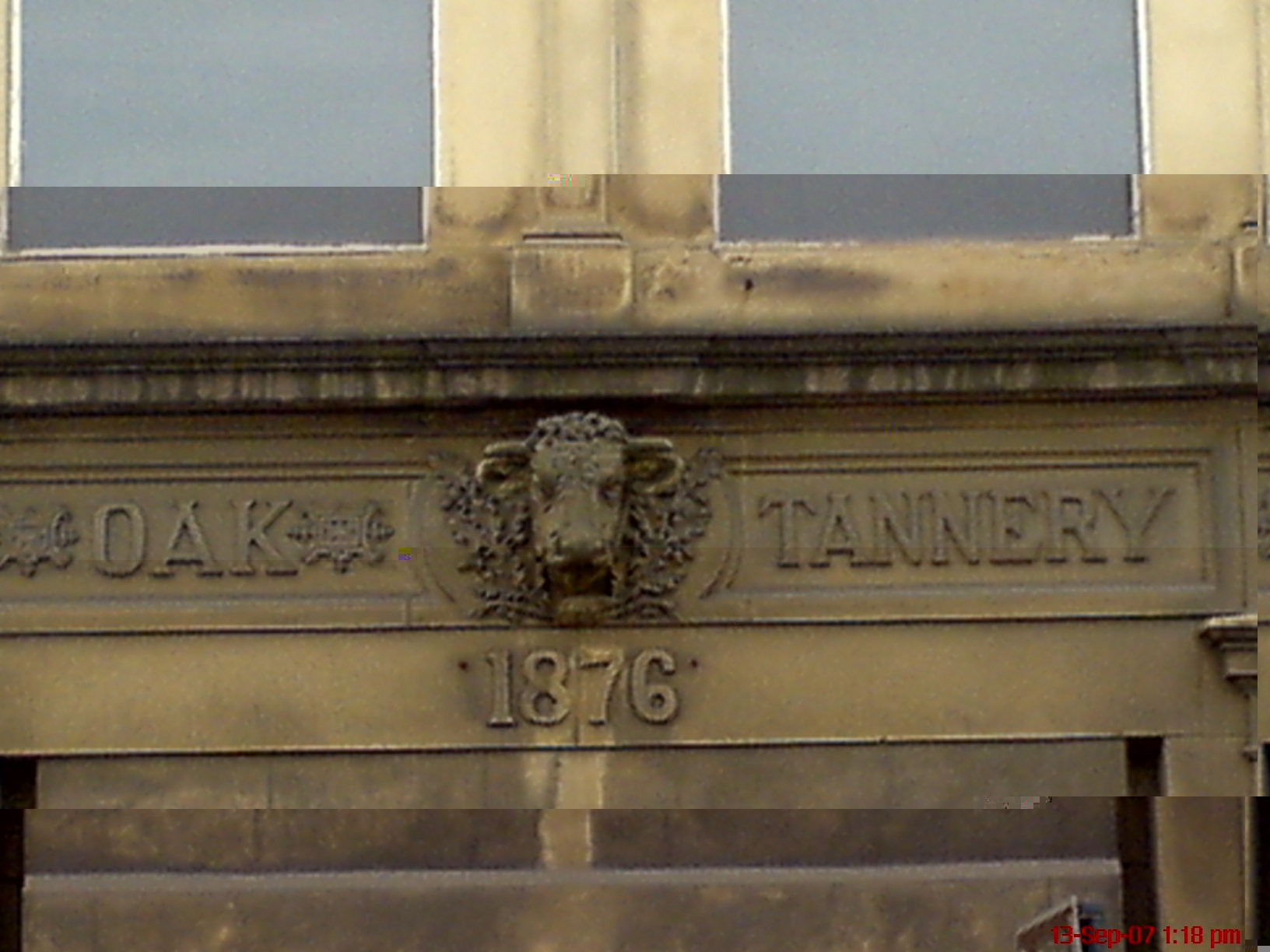 Bruno wrote: By chance, I have a picture of the bull which I took on a lunchtime stroll a few years ago. Has the tannery been demolished now? That is still standing http://goo.gl/maps/O8VAI but the Joppa tannery that was next door has been demolished http://www.leodis.net/display.aspx?reso ... SPLAY=FULL
Top

There used to be a bit of boundary wall facing Kirkstall Road which was part of a building - the windows were bricked up to make a full wall, it also had a bricked up doorway, and above that doorway was a Bulls head. I am assuming that the object seen by the Hyundai garage is the same one.There is always a tinge of regret to see places if thriving industry change utterly with just shadows of memories of long gone populations, at least Woodhouse does have some replacement housing, but areas such as Hunslet Road, and the motorway vandalism are just such sad places.
Top

So does anyone know what the lion is?
Top

Just a big pussy cat
Is this the end of the story ...or the beginning of a legend?
Top

I think Joppa is a biblical place name now Jaffa, something to do with a tanner. Not sure where the lion fits in. Perhaps it just decorative.
Top
Post Reply
11 posts