I happened to bump into her tonight, oddly. I'd never met her when I posted the feature up, I promise! And yes, she has been down there, if your pictures are from Meanwood Beck.The 'comic' about rivers under the city is actually online. The address is www.beneaththecity.co.uk, which is a pretty good web-address, whatever it has got on it!It is a great comic website to mess around on, & the front page features a picture which is actually the same as the photograph you have just posted up! I think she might be the perfect girl...
'Are we surprised that men perish, when monuments themselves decay? For death comes even to stones and the names they bear.' - Ausonius.
Top

Saw this on the way to Morrison's after work last night. Is it anything to do with the Situation festival? those were the days, nailing pin nails into plywood and then creating shapes with different coloured cotton. Childhood memories
living a stones throw from the Leeds MDC border at Lofthousehttp://tykebhoy.wordpress.com/
Top

I'll have to have a good look at that

Cheers M
A fool spends his entire life digging a hole for himself.A wise man knows when it's time to stop!(phill.d 2010)http://flickr.com/photos/phill_dvsn/
Top

munki wrote: From the Situation Leeds Guide;The CongregationSteven AllbuttThis exhibition explores ideas of recycling and repetition of both conflict and history. The artist has collected debris from the battle of Verdun in Northern France which has been melted down and recast into new bullets. The viewer is invited to visit the church and witness the record of the research and development process in the manufacture of this work. I went down to see this last night, and I'd recommend a visit. I wrongly thought that the 6 foot high bullets shown on the picture had all been recast from melted down battlefield debris - I was slightly worried about this not only becasue of how much debris would have been involved, but also becasue the French government don't take kindly to battlefield treasure hunters.After chatting to Steven, the artist, he explained that the bullets are actually plaster casts which he adapted from a the few bullets he brought back from the Verdun battlefields. If you've ever been to Verdun you'll know that the forests around the town are littered with stuff from the war, so a few bits of debris will certainly not go amiss - I must confess to having a rusted German helmet in my collection which I found in the Verdun forests.Anyway, if you get the chance to go today or tomorrow it's certainly an experience.
Top

Agreed, the wording of the message was a little unclear, & I found myself wondering the same thing - that this represented an awful lot of debris!Has anyone managed to snap anything else from the festival yet?
'Are we surprised that men perish, when monuments themselves decay? For death comes even to stones and the names they bear.' - Ausonius.
Top

I found this in Saint George's Field cemetery (which might itself make a good subject for one of your features). It was nice to see the words of this forgotten poet shown again in the place of his burial, although a little more information about the poet might be nice, like, a name or something!Does anyone know anything more about this poet? I went to St Mark's the other day...here's a little something to feast your eyes on.
Top

A picture is on it's way as I can make it the right size to upload onto here. 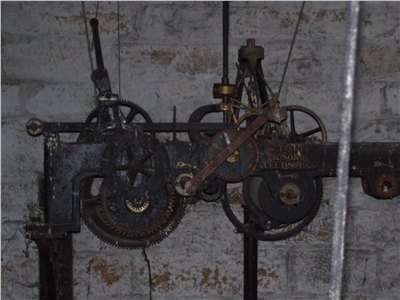