What, where, bonus point when, whodunnit

Page 3 of 3
by Jogon
by Phill_dvsn
Well look at that, he's not painted the arches.I wonder why? The arches were built when he painted it.
by Jogon
MWD wrote: A lovely scene, and interesting facts.Such a shame the area bears no resemblance to the painting anymore.The paths are almost impassable on anyhing other than dry days, having been churned up by mountainbikes. You couldn't make it up There are some very boggy parts to the steep valley sides and remnants of what appeared to be stone channels to guide streams or run-off from the upper surrounding land down into the valley bottom.I'd normally fork off Tile Lane right/straight ahead here http://goo.gl/maps/baMEcbut instead followed the road to Spring Hill Cottages which I never knew existed.
by uncle mick
Found this on Facebook, my apologies if it has been posted before
by Jogon
Nice image UM, and as I recall it late, mid 1960's ie walkway with no rail or fencing. The inflow beck entrance looks kind of concrete, the outflow side appears to have a heavy cast iron cross beam which looks older.

Re: What, where, bonus point when, whodunnit

by Leodian
As there does not seem to be a Seven Arches thread I thought I would post this photo here. I took this photo of the Seven Arches aqueduct on March 29 2017. It is only around such as this part of a year that there is insufficient plant growth to block the view when trying to show all 7 arches in one photo.

PS. I initially typed aquaduct which I thought was the correct spelling but the reply spellchecker detected aquaduct as an error. I felt sure I was right but on checking a dictionary I found it is aqueduct. Not sure if I should be

or not! I am not that good at spelling so a spellchecker is a great help. It's that time of year when we can expect waeterh, i.e. a bad spell of weather (sorry for that joke of mine 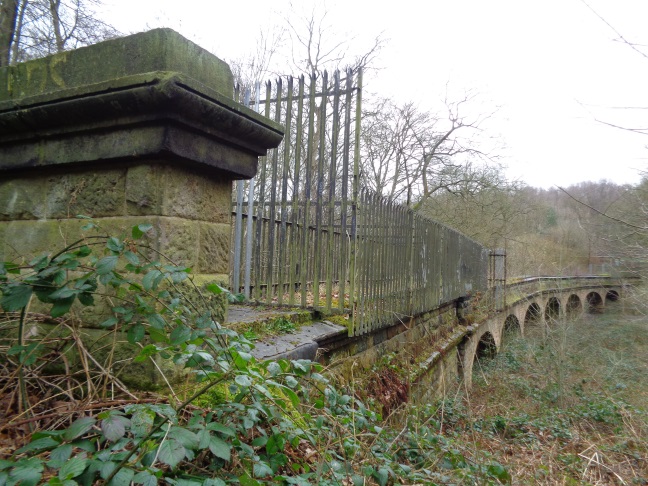 Re: What, where, bonus point when, whodunnit

by sparky415
What a great feat of engineering. I remember when they fenced it off...
All times are UTC+01:00
Page 3 of 3
Powered by phpBB® Forum Software © phpBB Limited
https://www.phpbb.com/