I loved this as a kid. 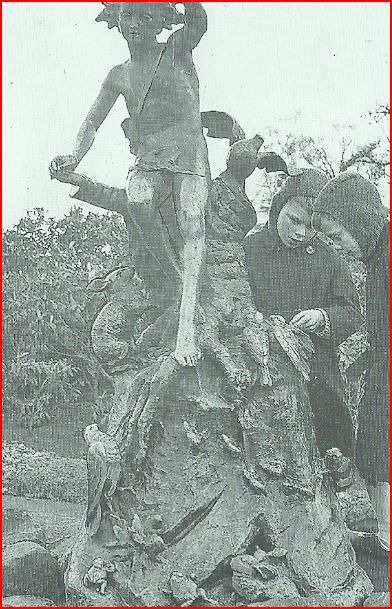 I was at Canal Gardens on February 28 2012 and on not noticing them I felt sure there used to be 2 fountains (possibly in addition to the statue but I'm unsure about that). Does anyone know when the fountains were removed, unless they were still there but I just did not see them!
A rainbow is a ribbon that Nature puts on when she washes her hair.
Top

Am I correct in thinking the Pan statue used to be in the park proper, not far along from the main gate?
Daft I call it - What's for tea Ma?
Top

It's not actually Peter Pan. It is the "Spirit of the Woods"See... as it was given a new flute recently- I'm not sure Peter Pan had a flute did he?I wonder why it is known as Peter Pan? I always knew it as that when I was younger.
Top

LS1 wrote: I'm not sure Peter Pan had a flute did he? Pan pipes?
Top

LS1Correct.The (then) Leeds Director of Parks Mr L. G. Knight found the statue on the Fulham, London premises of Crowthers - specialists in antique garden ornaments.He brought this to Roundhay Park.It proved popular as a background for photos of children trying to identify the woodland creatures (rabbits, frogs, mice + various birds) sculptured around the base by it's originator - G. W. Ashmore.Understood to have been located in from the upper entrance (N of main gates).http://tinyurl.com/d68qfu8