Can anyone shed any light on what this is. I am intrigued by the engraving on the reverse. Adyston Cup 1913 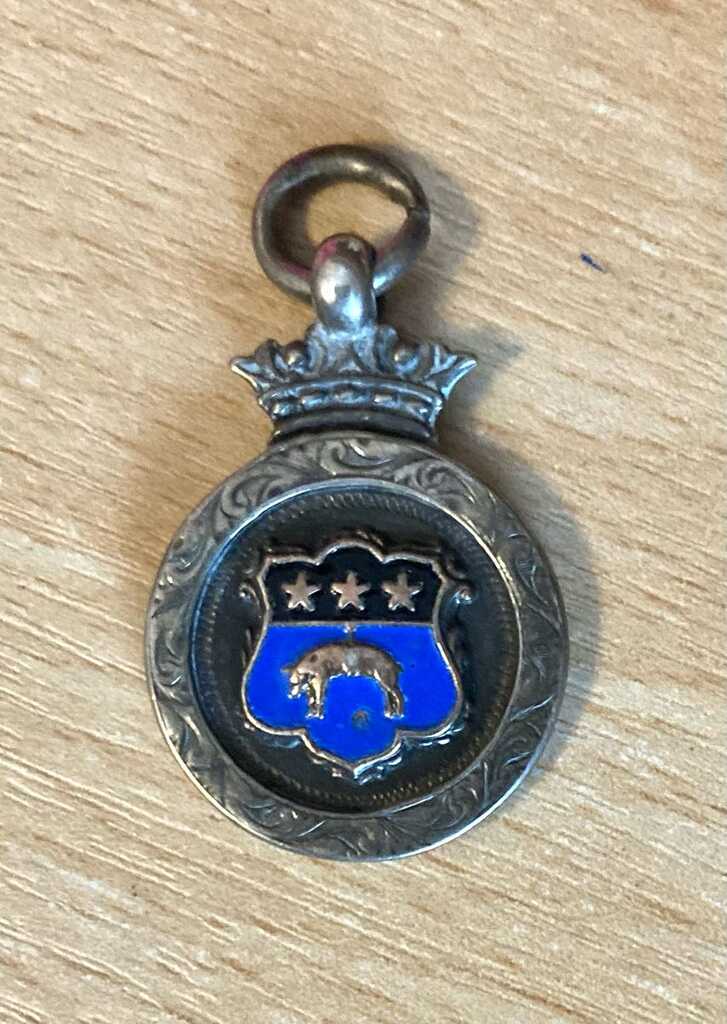 We have had some results on the Forum in our time but this one might be beyond us.

A medal for a Competitor (almost certainly winner) of the Adyston Cup in 1913, probably with the family name Tate and initial W

Given the coat of arms I'd suggest it was only open to competitors or teams from the confines of Leeds and for the time I'd suspect the only team sports likely would be Football, Rugby (League or Union) or Cricket. Individual sports?? Bowls, Pigeon Racing???
living a stones throw from the Leeds MDC border at Lofthousehttp://tykebhoy.wordpress.com/
Top

It looks as though the name at the top of the medal is Fattorini - a famous Yorkshire firm with branches elsewhere. I see they had one in Manchester, which nowadays includes Bolton - if that's what it says on there

I remember when Sir Gary Verity - the controversial former head of Welcome to Yorkshire - was posing for the media with his insignia outside Buckingham Palace, he got a plug in for them announcing that it had been made by that famous Yorkshire jeweller. You can't buy publicity as good as that.
Top

I would contact Fattorini via their website and send those pictures, looking at their website I am sure they will keep records from that far back.

https://fattorini.co.uk/contact-us
Is this the end of the story ...or the beginning of a legend?
Top

From "memory" the Fattorini's were big in Bradford.
Many of the family I believe.lived in the Morecambe area which became known as Bradford by the sea.
Plenty of trains in those days.
Consciousness: That annoying time between naps.90% of being smart is knowing what you're dumb at.
Top

Looking at the letters I think Hoyston is as valid as Adyston, as a double d would be more in keeping grammatically if it were Adyston, IE Addyston

Also looking at how badly it is stamped I get a sense of someone buying a blank and stamping it themselves rather than Fattorini.
Top

It might even be Royston. I find a few Royston cups over the years. One is for junior football, another for angling and another for horse racing. The medal pre-dates Leeds United and W Tate didn't play for the old Leeds City FC: http://www.mightyleeds.co.uk/playerscity.htm. My guess is that it's an old school football medal.
Top

The engraving is hardly state-of-the-art: it's all straight lines which doesn't help legibility so well done for working out that this is probably Royston.

I can remember the Royal Mail having boy messengers in the early post war years, delivering telegrams riding bicycles. I later knew somebody who had been a boy messenger in the 1950s old enough to be provided with a motorbike for the job.


The boy messengers at Leeds are receiving their due number of appointments as postmen; their promotion is slow, owing to the fact that the services of too many boys have been retained in the past.


In 1909-10, there were 14,000 Boy Messengers delivering telegrams. They were the public face of the service. They were phased out after the Second World War as the use of telegrams dropped.

Back to the medal, it's interesting through its age and Leeds connections, which have had us sleuthing, but I doubt it's a find for Antiques Road Show. I imagine the modern equivalent would be the stuff available from trophy shops - a market increasingly dominated by Timpsons.
Top

The medal does appear to be hallmarked and its by a quality jeweller- so maybe silver?

I recall seeing hoards of telegraph messenger boys on their red BSA Bantam 125cc bikes streaming out of the main post office on City square in the mid 60's.
When these BSA bikes found their way onto the second hand market a few of my classmates bought them as their first set of wheels.
It used to be said that the statue of the Black Prince had been placed in City Square , near the station, pointing South to tell all the southerners who've just got off the train to b****r off back down south!
Top
Post Reply
13 posts