I realise the 'anonymity' bit but, personally, I wouldn't mention a collar number, without a name, if I knew it. Any member of the public who owns, or has access to, the 'Leeds City Police' history book (also available in libraries) could easily have identified the officer as there is a list of all officers and collar numbers, as at 1st April 1974 (the 'amalgamation' day with West Yorkshire Police and Bradford City Police) at the back of the book. As it happens, the officer concerned was a former colleague of mine at Dewsbury Road Police Station and a really good rugby player, who I played with, for many years in the Leeds City Police rugby team. As you are aware, there is already a lengthy Police 'collar numbers' thread on this site. It is difficult to talk about names without numbers and vice-versa. I could have ignored the post but the 'none police' members of 'Secret Leeds' may have been wondering about the identity of the officer.

After further consideration, I have amended the post so that the informant is still anonymous. I apologise to all parties concerned for my possible 'error of judgement'.

Thanks Ian. The smiley was partly meant as an aknowledgement that it doesn't take much detective work either on this site or elsewhere to piece together names and collar numbers. There is an intentional pun in that.
living a stones throw from the Leeds MDC border at Lofthousehttp://tykebhoy.wordpress.com/
Top

I've still a couple of former colleagues who I see from time-to-time between here and the newsagent. I'll report back if I learn anything of note.
Top

Found this which I thought might be of interest?

Leeds Police were searching for a number of men who were....

Slightly off topic but I wonder if you ex Leeds policeman can help ? When I was at Cockburn in the early 1960's my friends father was called Raymond Ward who I believe was an Inspector and lived at Farsley. He was I think in charge at Elland Road for football games, so we got free tickets.\
I have always wondered what became of Raymond Ward ??
Top

uncle mick wrote:Slightly off topic but I wonder if you ex Leeds policeman can help ? When I was at Cockburn in the early 1960's my friends father was called Raymond Ward who I believe was an Inspector and lived at Farsley. He was I think in charge at Elland Road for football games, so we got free tickets.\
I have always wondered what became of Raymond Ward ??

I remember Raymond Ward very well. He was the chief inspectotor at Dewsbury Road for part of the time when I was a PC there - late 1960s. I also knew him on a personal level when I played hockey for Leeds City Police. Raymond Ward was an excellent player and AIUI had played for Yorkshire when he was younger.

I don't know anything about his life in retirement.

Re the info about Walter Young in 1949 here's a school photo of me taken at the Clock School AKA Armley County Primary School in 1949. Just to illustrate the difference in the generations. 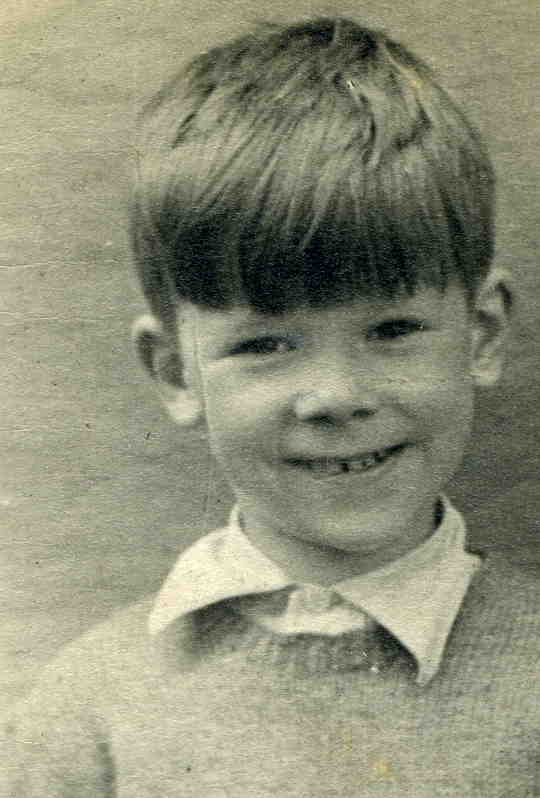 I also remember, and knew Raymond Ward (227), but my recollection of him is different from the above post. I remember him as the Plain Clothes Department sergeant, when I was a uniform sergeant, at Dewsbury Road Police Station in 1972 and when I was there as a detective sergeant there in 1973 until 1975, when I was transferred to the Burglary Squad. I think that he got promoted to inspector and possibly served as a divisional patrol inspector and then in the Task Force. I think that he retired as a chief inspector but I have no knowledge of him in that rank. Upon amalgamation on 1st April 1974, he was still a sergeant. I did not know him socially. I wondered if the officer that played hockey, in the above post, was Les Barnard who retired as a chief superintendent and played well into his forties.
Top

Mistaken identity here. 227 was Bob Ward, who was indeed a sergeant at Dewsbury Road at broadly the same time. When I was a PC in Plain Clothes there, he came in to cover for PS492 "Inky" Blackwell. When I was a sergeant at Upper Wortley, Bob Ward had been promoted inspector and was at Horsforth, so occasionally provided cover. By the time I was an inspector at Garforth, he was at the Bridewell in Leeds and we did a mutual swap.

I wouldn't confuse Les Barnard with anybody else: a copper's copper if ever there was one. I knew him well both through work and the hockey team. One memory amongst many: when I was in Ireland Wood CID, I did my night week - which meant working alone after 0200, really just to be available if anything cropped up citywide. In the small hours, there was a message on VHF about a gang of youths doing something naughty in an alley off Skinner Lane somewhere round the back of the Renault garage. I was nearby and turned up to assist, being the second to arrive, I think. Anyway, Les Barnard was night superintendent and he already had about a dozen men in various states of drunkenness lined up with their hands over their heads pressed against the wall and none in any doubt what would happen if they stepped out of line. One of the few things showing up in the dark was the braid round his neb. A couple of divvy vans arrived PDQ and IIRC, a series of cases of malicious damage to shop windows along Regent Street was cleared up when they were all back at the nick.
Top

You are right, I apologise, it was Robert Ward who was 227. I am mistaken and, therefore, I don't remember Raymond Ward. So far as relates to the original post about Walter Young, if you see you neighbour, Dave Ogle (454), at the newsagents, he may have information about Walter Young as he was in C.I.D. at Upper Wortley Police Station in the early 1960's and spent most of his career in C.I.D. in various departments. Living where I live, in Otley, I don't see any ex Leeds City Police Officers. I don't know anything about Walter's career prior to his secondment to the Regional Crime Squad but he must have had a career background within the Leeds C.I.D. to get the job as R.C.S. Co-ordinator, and Dave might know.

No need for apologies.

I first met Dave Ogle when he was a uniform sergeant at Dewsbury Road. I know him better socially, as my wife has known his for forty-odd years. He's recovering from two separate lots of quite major surgery so walks to the newsagents regularly to get the exercise, although not always at the same time as me. He still plays golf regularly as well.

My other potential source was also at Dewsbury Road in uniform as PS 459, but retired as a DCI. Our paths cross fairly frequently. He's given up running but times himself when he goes walking so he doesn't always stand about.

I occasionally see Dave Ogle's next-door neighbour formerly DC 969, who joined after us but retired on ill-health in 1984 after a long period off work. More often than not, he's driving rather than walking so the opportunities to chat are fewer.
Top
Post Reply
40 posts