the houses on the right hand side of this street would have been built at the same time, by a builder using the same plans and details on every property. The photo shows a terrace of 10 dwellings numbered 12- 30 and a terrace of 5 dwellings numbered 32-40.
The smaller terrace was demolished and replaced with the properties as seen on Google Maps. The photograph was taken from where the garden of number 9 is now. The shrubs on the hill have grown. I planted a 6foot hawthorn in 2005 it is now 30 foot tall.
Top

TABBYCAT wrote:Then perhaps someone could discuss the couple of points I raised rather than just ignoring them or how you can say something matches when half the street has been demolished and if the old houses shown are where the new ones are now then there's nothing to compare to re rooflines etc and if the photo was taken further back down the street then that small property I mention would be evident.

Better still if carr could show us on Google street where he/she thinks this picture was taken then that would answer the concerns I have with the picture.

No flame war intended by the way just that previous what/where's tended to need more than a I'm sure it's here to put it to bed.

Hi Tabbycat, please see pic below, courtesy of googlestreet. I have tried to get as near as possible to the original photo but the depth of field is a little longer. 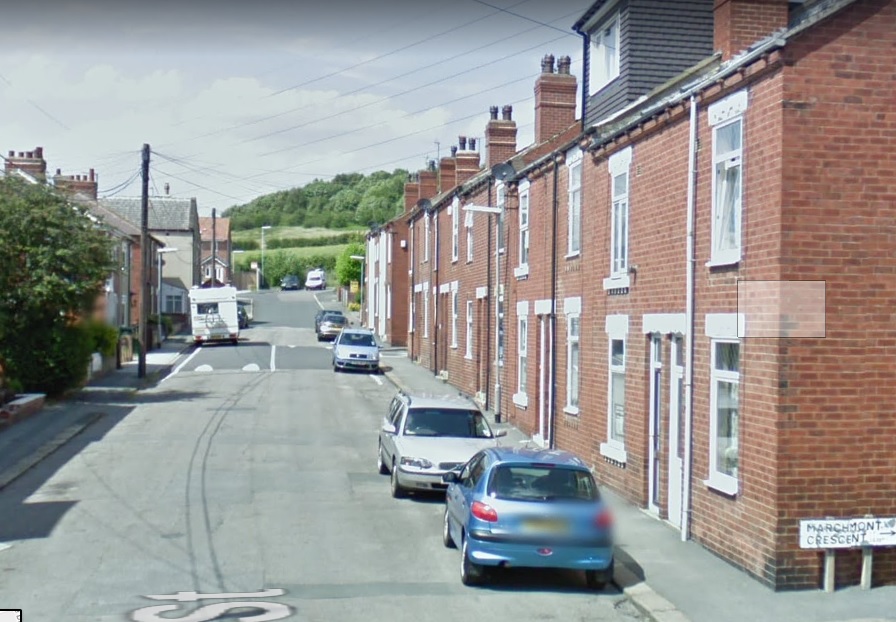 Slightly to the left and further back than MiggyBill's modern picture https://goo.gl/maps/MhPN88RkinN2 but it illustrates how the houses on the left aren't visible in the original
living a stones throw from the Leeds MDC border at Lofthousehttp://tykebhoy.wordpress.com/
Top

Thanks for the prompt and excellent replies gents most appreciated.

MiggyBills superb before and after shots seals the deal even for me.

Havana for Carr in the post, well done sir!

Thanks also Tyke bhoy you posted just before me and I missed your contribution.
Last edited by TABBYCAT on Fri 22 Feb, 2019 3:11 pm, edited 3 times in total.
Top

Can we go back to my first comment of is it really Leeds. Pedantic I know but in 1973 it wasn't Leeds