During a stroll on January 31 2019 I noticed that the surface of the Leeds & Liverpool Canal near the Basin Lock area not far from Granary Wharf was frozen over. These are 2 photos that I took just after 11:40 on January 31 2019. The canal surface was frozen to the bridge where the railway lines crossed over and at least a bit after but under the bridge it was not frozen. 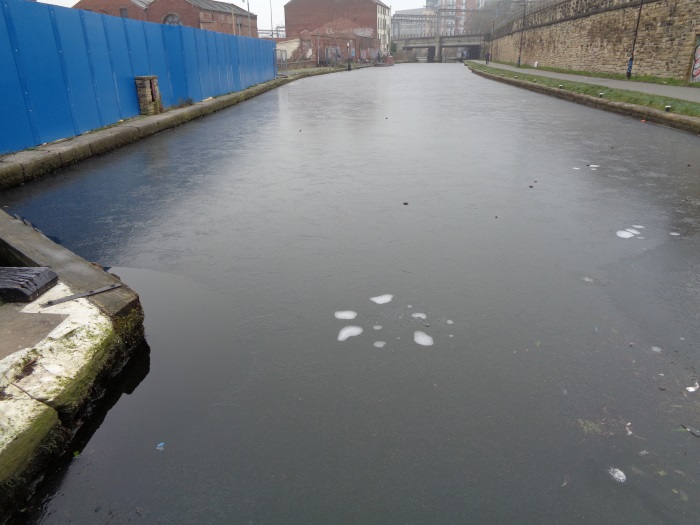 Thanks for the link to the video. Part of it seemed to show the lock by Granary Wharf which I noticed had some water (as usual) running through the lock gates though the water surface at least was frozen where the lock gates were holding it back. The nearby Graving Docks were nicely frozen over.

One thing I noticed during my stroll was that the swans that are often seen on the canal were not there and nor on the nearby River Aire (being a very fast flow compared to the canal the river was not frozen over). I wonder where the swans went to?
A rainbow is a ribbon that Nature puts on when she washes her hair.
Top

Hi Leodian Your second photograph shows the Harding and Rhodes factory chimneys i worked there in the sixties they made pins for wool combing in the old days they made wind up gramophone needles.I once help scrap hundreds of little tins of them with different suppliers names on them, they would be worth hundreds of pounds now to collectors.
No matter were i end my days im an Hunslet lad with Hunslet ways.
Top
Post Reply
4 posts • Page 1 of 1