Posting with my moderator hat on...

I've removed a topic and banned a user who created an account just to push his website. One thing I'll ask: if something is obviously spam, you can use the "report this post" button (looks like a ! on a red background) to flag it. Please don't quote the whole post and add the word "SPAM". For one thing, although SL isn't as busy as it once was, there are still a lot of posts and wading through them all takes a while. For another, quoting spam posts means that they're likely to attract more spammers. I've seen what forums can look like once they get overrun and it isn't pretty.
Top

The security on here seems quite lax, ALL new users should be vetted before being allowed to post as they are on numerous websites.

Secret Leeds seems to let anyone start posting just by registering.
Is this the end of the story ...or the beginning of a legend?
Top

Last year I asked if it was possible that new members could be quarantined and their first few post checked before they are published.
That would allow us to see if new members are genuine.
Top

Below is a spam message I received today, do not click on any of the links, just press delete. 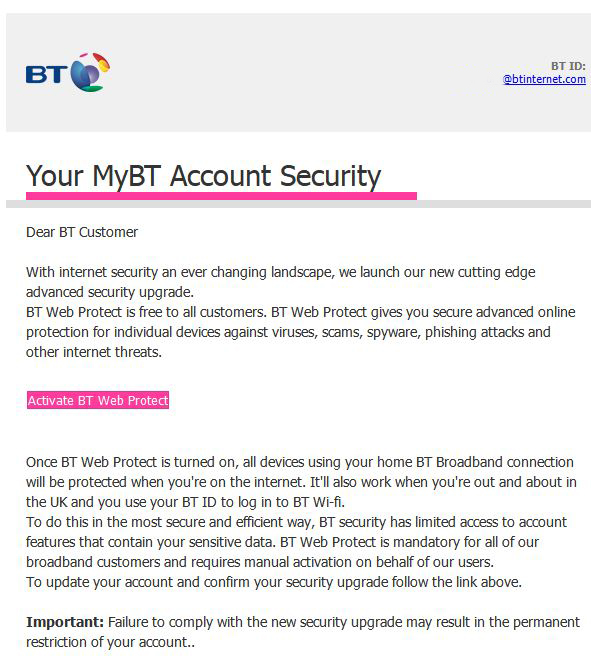 I have had trouble with phone calls from supposedly Talk Talk i just say no your not ringing from them they only send e mails.Has if by magic the phone goes dead, if you were not aware you could be taken in.
No matter were i end my days im an Hunslet lad with Hunslet ways.
Top

Zapping spammers is much easier with a full admin account. My main concern is keeping the junk out of here so I'll delete entire topics if they were started by spammers, individual spam messages posted as replies to existing topics, and messages that quote spam posts. Nothing personal: I've seen far too many forums wiped out because of this type of thing. It would help if people didn't engage with the spammers by replying to them or quoting them. That's what the report function is for.
Top

I cannot see how anyone could do other than applaud your actions. they seem to have been very active yesterday
Top

The latest two Posts "Education and Crypto Currency " look a bit like Spam to me or is it that i am just behind times ?.
Top

I too would like to thank mhoulden for the dedication to this site and continous monitoring (despite its decline in users). I also totally understand the non engangement of said spammers. Doing so will only flag the site for continued abuse (which id guess includes even mentioning it, if we know its a matter of time before the moderators will clear it anyway). Also i do agree maybe some tighter form of validation should be implemented by whoever has the power to vet new users. Thanks again. A lot of people such as myself rely on this site for a wealth of information but dont post as much and it would be a shame to see it get ruined by entertaining such people.
Top

Hi,
There is a another suspicious post "Strange underground door" from a user name in Cyrillic. The user name translates as "Hello". It has had 70 views and one member trying to be helpful has replied.

Can we not save ourselves from these nuisance posts by blocking any which contain Cyrillic alphabet characters ?
Spasibo Tovarisch
BP
It used to be said that the statue of the Black Prince had been placed in City Square , near the station, pointing South to tell all the southerners who've just got off the train to b****r off back down south!
Top
Post Reply
18 posts