The Duchess of York

nesbit wrote: It’s good to know the Duchess lives on here at least, Hugo what have you done. Reading these posts don’t half bring back memories of many gigs, bottles of brown followed by a day or so of tinnitus. Was one of the sweatiest places to see gigs and when full was a struggle to get past the bottle neck and into the main stage area..Just seen videos of Nirvana in Leeds on you tube, must be the DOY as the stage divers were just walking onto the stage right, no bouncers, joy.The Nirvana gig was the stuff of legend by the time they let me in to the place. I remember Radiohead were always supporting people for about two years such as The Frank and Walters and if memory serves Sultans of Ping FC, where’s me jumper? They finally headlined and Creep really took off soon after.I’m sure that when DOY shut the gigs were meant to move to Scrumpies? I thought that the same people owned Scrumpies and were meant to put on bigger and better gigs at the new venue. That reminds me of the broken toilet in Scrumpies, what a place.I’m sure that someone at Leeds City Council hates the live music scene as places like DOY and the T&C really should still exist in centre of Leeds, am I wrong?? I've heard that the old T and C building is going to be a Leeds Carling Academy which is something at least. I know only [edited for content] big bands will appear but it is time for a Leeds Arena.The Warehouse was always good for gigs too.
Top

Here's the picture from the article above. This is the legendary upstairs room at The Duchess where the bands used to wait. I only went up there once (our first ever gig anywhere as it happens, so what a way to start).The "Cobain sofa" (as it will now be known!) must be the one on the left. 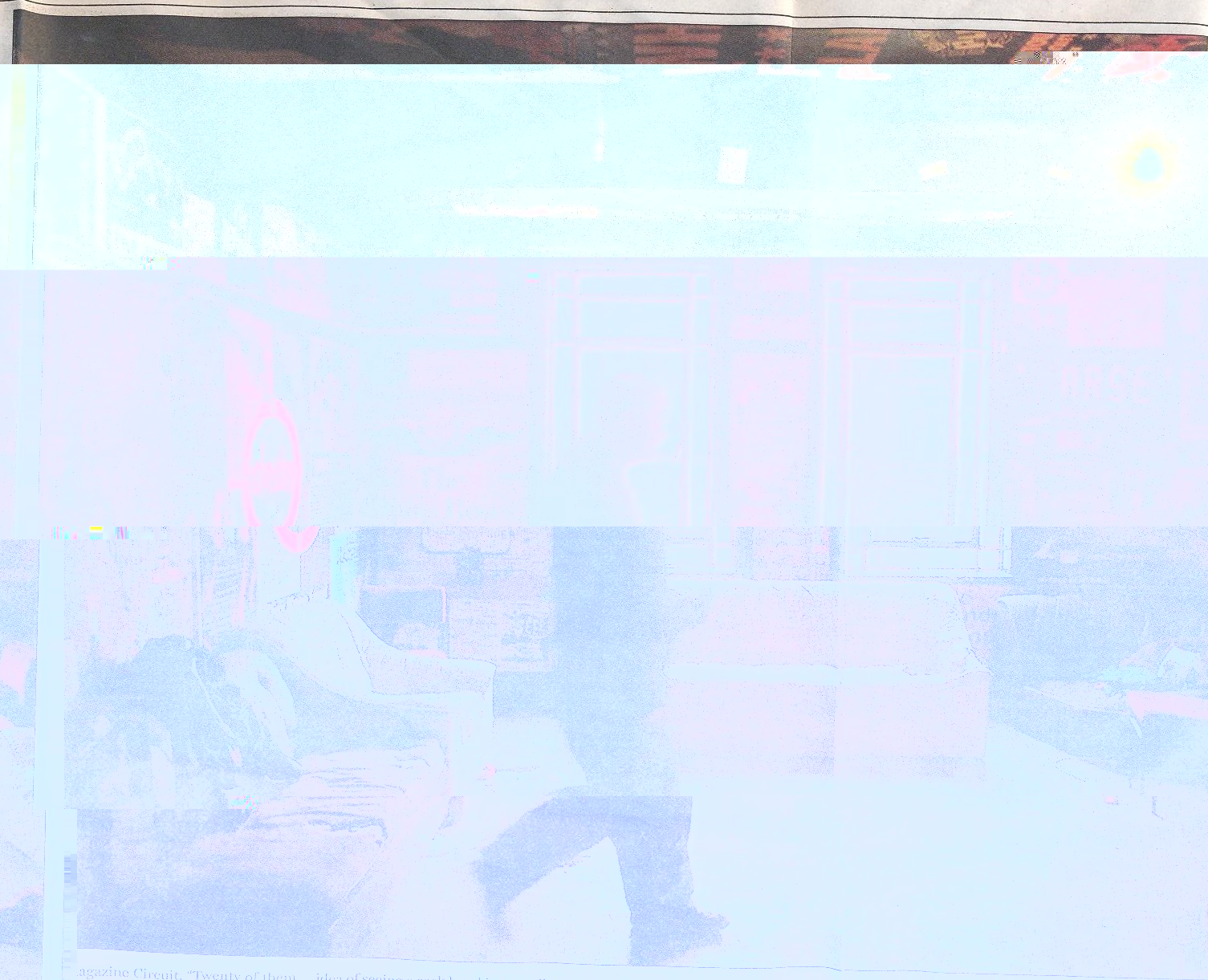 By the way, Robin - as virtual landlord of the Duchess Myspace site, if you want the original article of this out of the paper, post a message on here and I'll send you it. Like the flyer scans I posted earlier in the thread, I'm sure the picture will end up on the Myspace site anyway, but it's just a thought.
Top

Dear Mr. Ro-Man,Please send me an email at: [email protected] am touched by your offer. I actually had this article at one time. I have moved back and forth from Leeds to virtually every planet in the known universe... I've lost track of the safe I have it sealed within. Please send me an email and let's make some arrangements.Peace.Robin Dover - Virtual Landlord - The Duchess Of York - Leeds
Top

Eeee! You guys are bringing back the memories! I loved the DOY. From about '89 until it closed I used to call regularly, afternoons (when I was on the dole) and nights (when I was working and could afford to see bands). Maybe one of you can help me - at what point in it's history was it the 'Pub with no name'? I think it was before being called the DOY, but aren't sure...And how come it ended up being called the 'Pub with no name'? Did it really not have a name for a while, or just no pub sign?!Thanks everyone for sharing your reminiscences and piccies!CheersDave
Northern Earth Walks
Top

Ey Up, Dave,Glad to see heart-warming memories are churning!It went something like this... it was originally the Robin Hood going all the way back into World War 2 which was black-listed by the US military because of rampant prostitution (ladies hanging out at the bar with price tags on the bottom of their shoes) and drug trafficking. It was. after all, a pretty rough part of the city at that time. Then, around the end of '85 (I believe) the name changed to The Marquee. There was the threat of a lawsuit from the Marquee in London... so out of urgent necessity, she became 'The Pub With No Name' circa '86... then... enter "The Duchess Of York". I am still gathering an accurate history on our sweetheart and will keep everyone posted as it grows. Anyone with more details... we would love to hear more so I can post these details on the Duchess Of York Leeds myspace site.Cheers,Robin Dover - Virtual Landlord - The Duchess Of York - Leeds
Top

hi everybody . does anybody know what happened to the cobain couch then? and is the building still a hugo boss shop? thanks anyway
Top

Yes... the building is STILL a Hugo Boss shop...I am researching into the location of the Cobain Couch... apparently it ended up in a museum in Sheffield... I have yet to have this confirmed. Anyone with genuine proof of this?FREE FEATURED ARTIST GIG NIGHT - EVERY SATURDAY NIGHT!Where: http://www.myspace.com/duchess_of_york_leeds_ukSATURDAY 23 FEB 2008 FEATURED ARTIST: SHAKINOUTS promoting their new single: Time You Were Told available at Crash Records and Jumbo Records in Leeds for only 2 Quid!The Duchess Of York - Leeds - are beginning a FREE 'FEATURED ARTIST GIG NIGHT' beginning next Saturday the 23rd of February 2008 on The Duchess MySpace site. It will happen every Saturday from the 23rd of February onward. If you would like, we will be more than happy to consider you as a FEATURED ARTIST on our site.If you have a video link, youtube vid or code that you can provide to us or are prepared to create one specifically to be featured for The Duchess, send us the link and we will schedule you for a FEATURED ARTIST GIG.Ideally, the video will be of you and/or your band performing live. However, we are also willing to consider creative concepts expressing your unique talents. We are always open to genius. Let us help you get your music and your message out to the world and what better forum than The Duchess Of York in Leeds!Let us know if you happen to be interested.Cheers. Robin Dover - Virtual Landlord - The Duchess Of York - Leeds
Top

"I am researching into the location of the Cobain Couch... apparently it ended up in a museum in Sheffield... I have yet to have this confirmed. Anyone with genuine proof of this?"It did indeed go to The National Centre For Popular Music (or The Unpopular National Centre For Music as it wass known, locally)http://en.wikipedia.org/wiki/National_C ... r_MusicThe place closed down very soon after due to it's utter crapness but they DID have it in the meantime and the acquisition of the sofa is mentioned herehttp://www.holdthefrontpage.co.uk/news/2000/04 ... b.shtmlNot really "proof", I know but as a Duchesser and a Sheffielder I can testify it WAS there.No clue what happened to it when to place changed hands. Good hunting!
Top
Post Reply
113 posts