Hi All
I have just found this fantastic site and this is my first post so I hope I'm in the right place. I have decided It's time to write up my Family History and I am starting with my Bateson ancestors of Farnley Moor Top. My 4x G grandad was a farmer living at Ings House between at least 1841 and 1861. I have been trying to find out what living conditions would have been like there in the nineteenth century. I know that Leeds town centre had gas lighting at this time but what about outlying areas like Farnley? How were the streets and houses lit? Did they have piped water and when was it introduced? What about sanitation? What about transport? When were transport links to the town introduced? Any help would be greatly appreciated.
Regards
A Leeds lass
Top 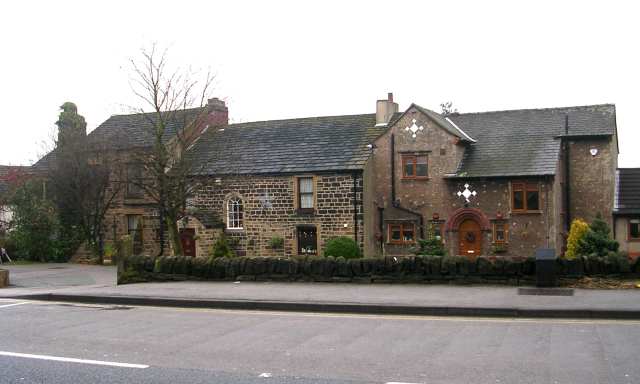 Wow thank you so much for that great photo! Is that Whitehall Road that the house fronts onto? Although I grew up in Leeds I now live in Northern Ireland so visiting the area is difficult. The information on the document you posted is also new to me. I knew he lived at Ings farm and the 1851 census says he was a farmer of 86 acres employing 1 man but I'm not sure what the figures mean on your document. His father was James also born 1755 and buried at Farnley in 1835. Is it possible he lived here also? Are there any dates for the document you posted and what are the sources? Thank you once again for this info it is fantastic and gives me some new leads
Top

I am on my iPad at the moment, I will send you some links in a few hours when I am back on my laptop
Top

Hi you may find this pdf of interest, it is published by Leeds City Council. It mentions both Ings Hall and Ings Hall Farm

Lynn. I got the info about your 4xGG (or maybe 5 ?) from the Leeds Tithe Map Project. These are from circa 1837 to 1850 I believe, this link should take you to the land that James Bateson leased from The Earl of Cardigan in Farnley. Clicking on the map on the RH side shows you the land he leased in Farnley

It looks like there have been at least 3 extensions to that 1 some time ago and 2 fairly recent
living a stones throw from the Leeds MDC border at Lofthousehttp://tykebhoy.wordpress.com/
Top

Thank you so much all of you this is fantastic stuff. I'm off to study it in detail. I also think the house has been extended substantially over the years but it's great to see it is still standing particularly if the James Bateson in question turns out to be the 'elder'.
Top

Hi Lynnthepin did I spell that correctly.
I have been researching Batesons in Wortley for some while not.
I do find the John Bateson Elder and Younger very confusing and also now you mention a James Bateson the Elder. Hmm.
I have seen a family tree for John Bateson the Younger of Farnley which is on the internet and comes up with google search. I do wonder if this is one family or if there were two branches beginning earlier say around 1700 and then people have confused them.
I have a JOhn Bateson of 1739 whose will of 1811 proves conclusively some of the family and connections for his descendants anyway. This family were Wortley and had Low Wortley Mills on Whitehall road and were connected to Thomas Lupton another Clothier family of Wortley who died very wealthy so not sure if you are connected or not.
John Bateson of 1739 had a son james who lived at Highfield House in Wortley and owned Nan Tan House and Aspen Ing - he and his brother Mathew owned most of Wortley in the end and other bits and bobs as well.
I do wonder if John the Younger is actually the son of this John Bateson.
Anyway that might all just confuse you!
COKHEN
Top
Post Reply
11 posts