Explore your roots & tell us your family's history!
Post Reply
4 posts • Page 1 of 1

I have seen the family of Joshua Tallant as resident at the Friends Mission Room, 50 Great Wilson Street in the 1893 City Directory and the 1901 Census. I have been unable to find this building in the 1891 Census (the Friends were there from 1877) even after looking at the Census pages for this Enumeration District and seeing other house numbers.

Any information or suggestions would be welcome
Top

The entry does call Mr.Tallant caretaker. He could be caretaker without actually living in the building. The building is shown on the 1889 map below: 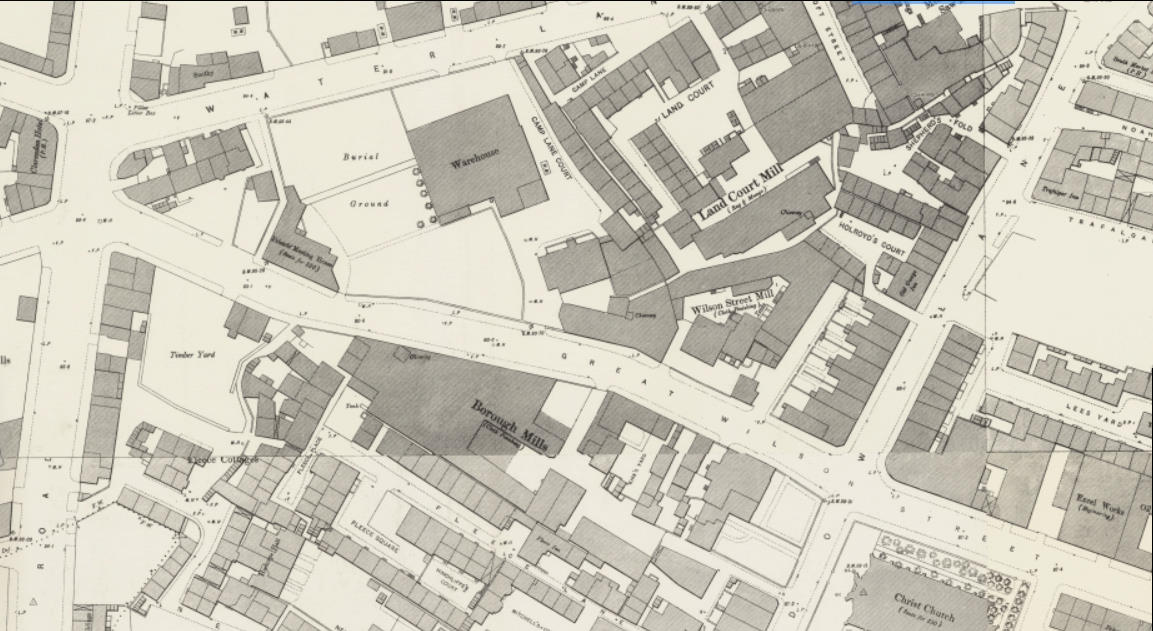 There are a couple of 1940's photographs of the Friends Meeting House on Leodis. In the 1893 Kelly's Directory, Joshua Elsworth Tallant (B.1843, M. 1872, D. 1927) is shown as the 'Caretaker' of the premises. There is plenty of information about Joshua, his wife Louisa, and son Joseph on the Ancestry Census Records and other Records, and also in at least nine Family Trees. He does not appear in the 1891 Census but he is in the 1901 Census at 50 Great Wilson Street and shown as a Labourer. In 1911, the couple were at 35 Back Scarboro Terrace, Bramley:

Thank you both for your replies. The map and photos are very helpful.
I had done a lot of searching on Ancestry but am still wondering why I cannot find the family on the 1891 Census.
Top
Post Reply
4 posts • Page 1 of 1