Steve Jones wrote:Has anyone been there since December to check if the head is still there/i know the spring had shifted a few feet away and trickled across the path as mentioned which is what i saw on my last visit in 2015.

Though there does not seem to have been that much rain recently a large area around the site is however a mud bath (note also the water coming out of a pipe that would perhaps have been the head of the Slabbering/Slavering/Babbling Baby). 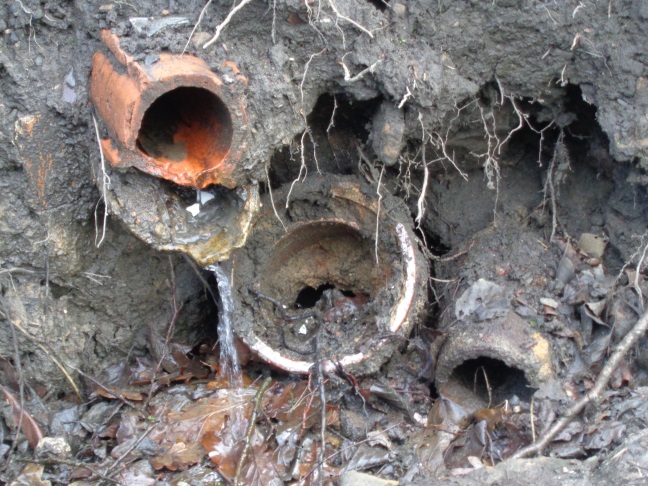 Looks like the head has now gone what a shame.
No matter were i end my days im an Hunslet lad with Hunslet ways.
Top

This looks real mess and if the head is gone for good,another loss of an old site with historical interest.sadly wells just seem to be neglected now or covered over/filled in.
Steve JonesI don't know everything, I just like to give that impression!
Top

I've found this link to information relating to work on the Slabbering Baby http://barryanderson.yourcllr.com/2016/ ... ds-update/. I feel sure that it has previously been given in a Secret Leeds thread but if it has I have been unable to readily find that thread!

PS. I wonder what is the "mice money" that is stated in the article?
A rainbow is a ribbon that Nature puts on when she washes her hair.
Top

MICE money is a small sum made available to councillors to spend on local projects, it stands for “Members Improvements in the Community and the Environment";

"The MICE scheme was introduced in 1987 and provides an allocation of funds for locally determined projects to be used for qualifying proposals by Ward Members within an annual financial limit. Grants can be made between June and March, with any unspent money being carried over to the next phase of the scheme. Members have an allocation of £3000 each, or £9000 per ward. Members can make applications individually or with one or two of their ward colleagues. There are two separate application forms which can be used for these purposes. Once the Member(s) has completed the application form and made their recommendation, officers check that it falls within one of the categories of eligible projects. "
Top

Glad to hear about the project.It looks like it should be a lot better once it is finished, with the water coming out of the right place.Interesting about MICE scheme too.Now if only it could be used to pay for the 2 skulls to be put back<G>.
Steve JonesI don't know everything, I just like to give that impression!
Top

Just going off topic,Driving up Scott Hall Road yesterday 20-02-2017 i looked over at that building only to see a piece of plywood fixed to wall.So they may have been boxed in,or has i suspect have been removed.
Top

Possibly removed.
My brother spoke to the skulls owner some time ago and I'm almost certain he has sold the building so probably just removed his property to another location, I'll check when I next see him.
Top

Thanks rikj for your information about the MICE monies.

As for the skulls, if they were buried and then dug up later would that be skullduggery?

I was there the other day and no further work has been done...
Come on Leeds United!
Top
Post Reply
25 posts