The green spaces and places of Leeds
Post Reply
52 posts

From the wykebeck to the bottom of Halton Moor then the beck is piped up at Halton Moor road where the Auctions are, this is why the Dunhill's floods and the fields at Halton Moor the beck ends up at a funnel point. Now they was a court case some years ago where a man took Yorkshire water to court saying he dose not get his water from the tap he gets it from the sky so docent think he should pay water rates. the Judge said yorkshire water owns the water from the sky. so when it floods why can't you get compensation from yorkshire water who own and control the water
biggee
Top

Because Yorkshire Water don't own and control the water, including the rain from the sky. You pay rates if you're connected to the water supply, even if you choose not to use it, in which case get a meter. YW is responsible for flooding due to blocked or overloaded sewers. YW is not responsible for flooding from watercourse, becks, rivers or the sea. They are not owned, managed or maintained by Yorkshire Water.
Top

And now:'The Environment Agency has stressed there will be no increased flood risk as funding was available for the maintenance of existing defences'Which surely begs the question once more of if the proposed creeeping monster of new defences was needed.....
Emial:    [email protected]: [email protected]
Top

Nice reading Hippo, whish I'd been around with my note book at Apperley Bridge to see those 200 trains a day!
Top

An interesting idea to install an "inflatable weir", but I can't help but wonder if it will simply push the problem further downstream (as indeed would most defences for Leeds)?Tough luck Castleford...
It's me, raveydavey! I've had to start a new account, but don't worry I still dislike Sheffield...
Top

Hi, I took some pictures of the wyke beck this morning, they have finally started some major work. here's a pic from the other end, its on cartmel drive opposite corpus christies. 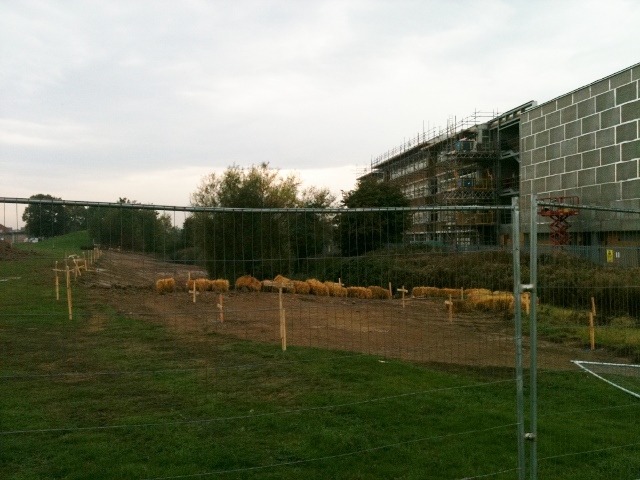