I have seen mentions in Secret Leeds and elsewhere of a so-called Devil's Rock in woods near Alwoodley but until very recently I did not know where it is located. I took some photos of a rock on March 8 2021 in Alwoodley Crags Plantation and on showing them to someone it was thought they were of the Devil's Rock. Having now looked at an enlargement of the first of the 3 photos that I've attached the words 'The Devils Rock' could be made out inscribed but worn on the surface to the left of the odd-looking square holes. The rock is up in the wood at about half way along Crag Lane between King Lane and the Leos club.

This rock seems to have been the cause of broken legs when children played there and jumped off the rock or fell off makeshift ropes!

PS. I've only recently found that the main rock at Adel Crags seems to be known as the Eagle Rock. I've known though for a while that Adel Crags is also known as the Pin and Needle and that it is called Alwoodley Crags on Ordnance Survey maps. 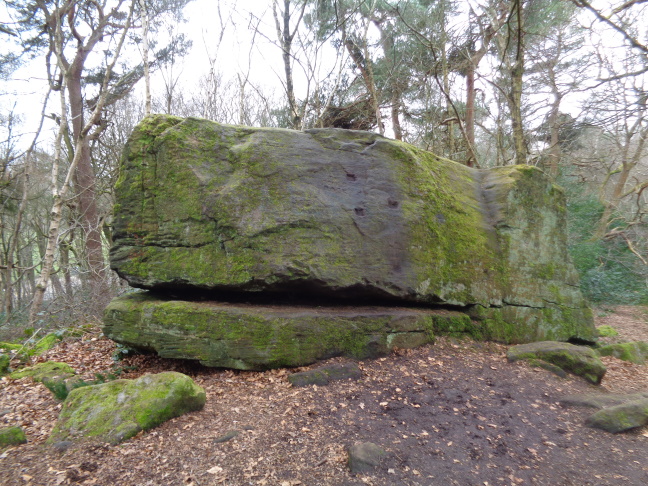 Re: The Devil's Rock in Alwoodley Crags Plantation.

Nice photographs Leodian keep up the good work.
No matter were i end my days im an Hunslet lad with Hunslet ways.
Top
Post Reply
2 posts • Page 1 of 1