hi all. This name seems like it has very old origins with the suffix 'gate' however i cant for the life of me figure it out. The street still exists today. any info on this really appreciated.
Top

sorry about the double post, when i pressed submit i got a page full of html code that said there was a fatal error. not sure what happened.

it seems to keep happening but still posting is anyone else getting this when trying to submit a post ?

Where please is Croppergate? I use a website that readily shows where a Leeds location is along with a link to Google Street View but that site never seems to open recently so it may have ended.

The fatal error message is alarming for the first few times it is seen and it took me a while to ignore it as the posts usually went through. I don't know what such as Twig Error and Twig Loader mean though I admit I've not tried to find out.

Theres a few pics on leodis taken in 1930s too.

yeah ill just ignore that message if it comes up again as long as the posts are going through.
Top

Thanks for your help polos

I don't recall hearing of Croppergate before so it is very interesting to have now done so. I wonder if the redevelopment of the Yorkshire Evening Post site will retain the name Croppergate for any part?

Edit added May 30 2017. As I now know that Croppergate was not where the Yorkshire Post/Evening Post site was it would seem unlikely that the redevelopment of that site will have any mention of Croppergate. Oops, my bad

At a guess, the present layout of Croppergate is more of a modern incarnation and historically it was behind Grove Street (which is now the set back part of Wellington Street that is in front of Lloyds Bank). Looking at the 1906 OS map it seems to dog-leg north west from the west end of Skinner Street. Skinner Street being the only street in the area that has kept it's original layout, apart from Wellington Street and Lisbon Street which bound the area. According to Genuki, Croppergate was situated at 35 West Street (1853 list of Leeds streets). On 'Old Maps', Croppergate runs north to south from West Street to Skinner Street (which is on LS1's map above), and is the horizontal 'dog legged' street which goes from Wellington Lane to Lisbon Street. Croppergate is the vertical street which crosses Well Street (just where the second 'L' is on 'Well Street' on LS1's map). The other vertical street, from West Street, to the east, is School Street. Later maps show that Croppergate went right through to Wellington Street. Croppergate appears on a 1933 map but not on a 1954 map. There are several photographs on Leodis.

On seeing the image brought up through that link I thought the scene seemed familiar so I have now looked through some photos and found this one that I took on November 27 2012. I was thus on Croppergate then but never knew that! My recollection (for what that is worth nowadays!) is that the short road did not have a street name sign (well that's my excuse 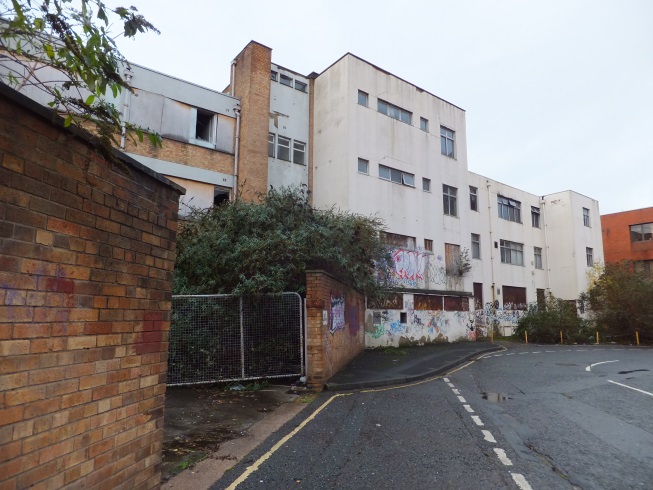 A rainbow is a ribbon that Nature puts on when she washes her hair.
Top
Post Reply
8 posts • Page 1 of 1