Some major upgrading work has been going on for some while at the Regent Street flyover. I went to the site on June 8 2021 hoping to take some photos of what was going on but it was very hard to get into good positions to do so. I have however attached 3 photos that I took.

The first was from beside Regent Street holding my camera at the mesh of security fencing. A street name sign 'Mabgate' is on the remains of a wall just right of centre of the photo. The second is a view from on Regent Street. The third is also from Regent Street but does show some of what is in the first photo. The tall buildings in the third photo are under construction at the Quarry Hill development. 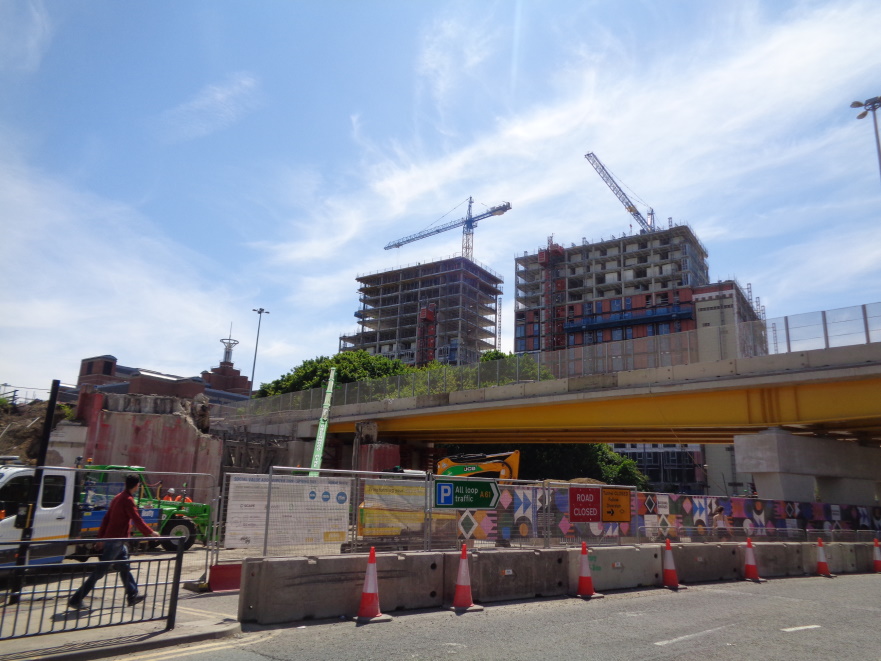 Ooops! Apologies for the very large photos. The image size reducing software that I've long used seems to have thrown a tantrum but I decided to leave them as they are.
A rainbow is a ribbon that Nature puts on when she washes her hair.
Top
Post Reply
1 post • Page 1 of 1