Vicar Lane became a one way system in 1964 from around the North Street junction (what I recall as the old Ritz cinema) for traffic moving towards the Corn Exchange. Following recent work (which seems to be taking forever and is still not finished!) Vicar Lane is again a 2 way traffic system (at least for buses) from February 21 2021.
I have added this photo that I took on February 23 2021 from near the North Street junction. It shows parked buses further down ready to go in opposite ways. it's not however a particularly good image as in the couple or so minutes I was there only 1 bus came towards me but a cyclist had stopped to use his phone and got in the way of what would have been a better photo!
I used a bus both ways and it did seem strange to now be able to do that. With the very wide new pavements (some still being fitted) Vicar Lane did though seem rather narrow at the North Street junction. 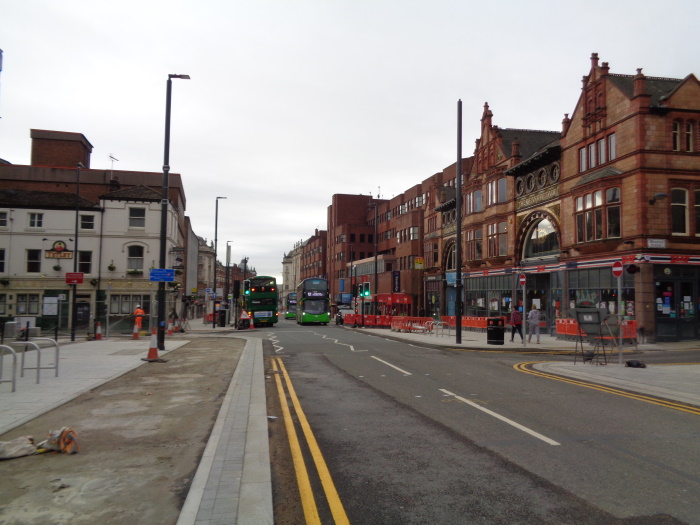 No doubt time will tell if the system works - let's hope so and it's not been a waste of time. Thought your photo was fine by the way
Top
Post Reply
2 posts • Page 1 of 1