by MiggyBill
The history books tell us that 180 was withdrawn in Nov 1957, originally with the intention that it would be a donor car for spares. However, due to no 189 being seriously damaged in a crash it was decided that 180 would be refurbished and given the trucks that had been on no 189, after refurbishment work was completed (in Apr 1958) 180 was renumbered as 189. No 180/189 was in the Leeds Tramway last tram procession on 7th Nov 1959 and then saved for preservation at Crich where it was returned to its original 180 number.

by MiggyBill
A friend on Flickr, "Frederick" has suggested that they may have swapped one or both front panels from 189 to 180 in order not to have to repaint the fleet number or because they were in better condition but I would have thought that if 189 had been badly damaged they would not have reattached 180's front panels onto the wreck of 189. Even if this is the case it should be part of 180's story that the front panels belong to 189.

by MiggyBill
One intriguing question,,, why renumber to 189? why not just leave it as 180?
There may be a good explanation but I can't think of one.

by warringtonrhino
I don't know what happens in the world of trams, but it is common for aircraft to be renumbered. An air museum acquires an old aircraft, restores in and paints it and then gives it a squadron number which is significant or relevant to the museum. The Westland Lysander at the Shuttleworth vintage air museum is painted black and has the squadron number of a Special Air Service spy taxi. In real life it was a boring target tug used for gunnery practice in Canada. Could this have happened to the tram, giving it a new identity to make it more interesting?

.
In the information brought up through uncle mick's https://tinyurl.com/tc6uv4e link there is a photo of tram 180 captioned "180 in service in Leeds. R.B. Parr, 5/10/1952". Am I correct in that it looks to have been taken on Lower Briggate? The curved tracks seen could be those to and from the Swinegate depot.
Wow, it's getting close to 61 years since the last tram ran in Leeds!

by uncle mick
I find it strange that in the photo the tram looks completely burnt out except for the front panel ?? 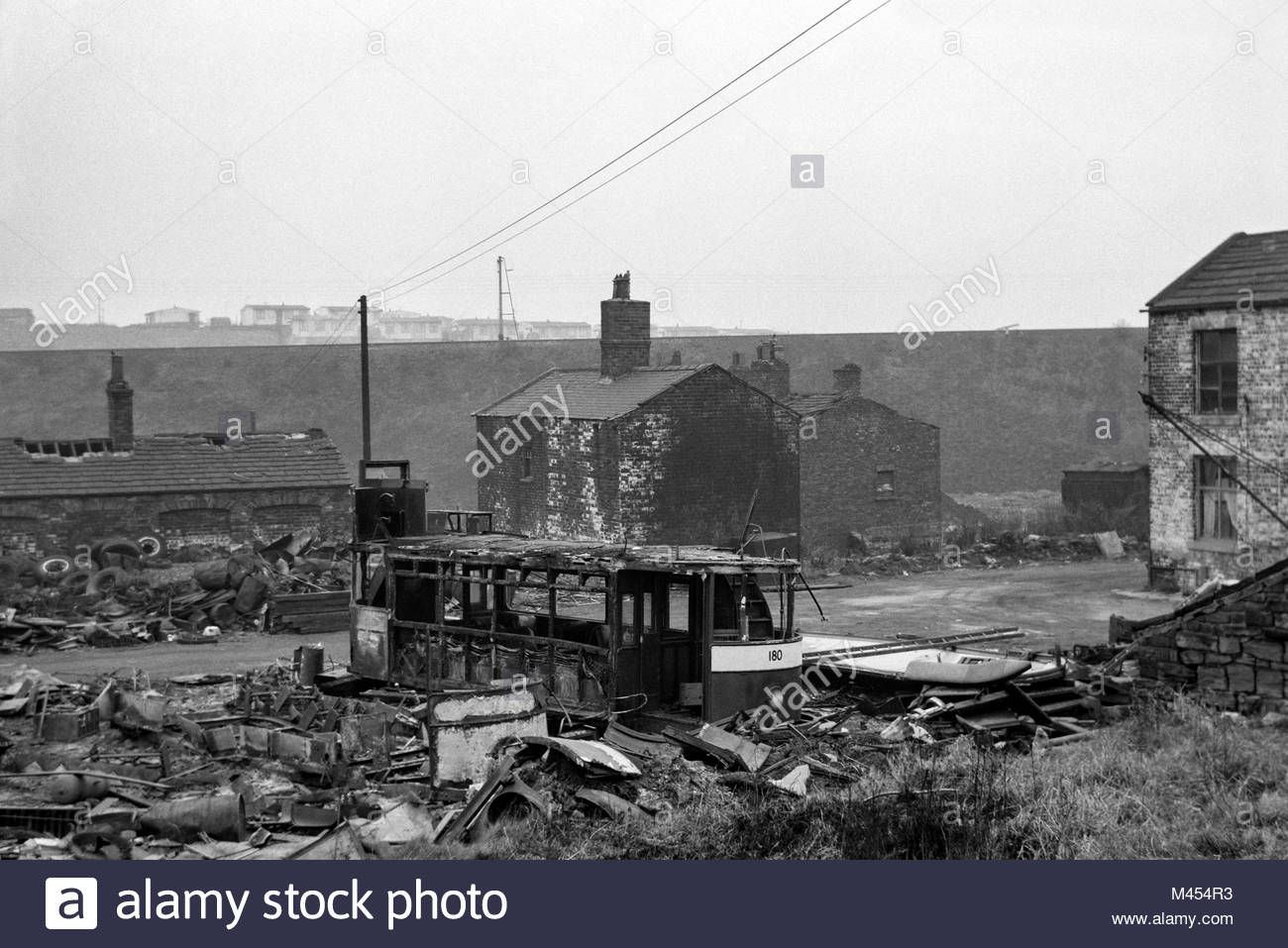