QUOTE " And if I remember rightly, the story goes that a gang of 'Terryites' were stood in Lower Briggate watching the pm output. All of a sudden a 3 blind 189 appeared, which was strange because 189 had been converted to the single blind display. Needless to say, the tram was pursued, and when caught up with the paint date under the stairs was noted. From that, it was deduced that '189' was really 180, and so an insurance 'fiddle' was revealed. It was either Keith or Brian Parkin that told me the story, and completed it by saying there was an official edict, that enthusiasts were no longer welcome at LCT."
Top

Well Brunel, you've spoiled my conspiracy theory well and truly. If Brian or any other of the LTHS say that the tram at Crich is 180 then that is good enough for me, they know their stuff that's for sure. It's given us something to ponder for a few minutes though, and at this present time we need all the distraction we can get.
One thing I'd like to know but don't think we will ever know for sure, is, what the "fiddle" was? there surely was something dodgy going on with regards to 180/189, your story fully supports that. I think the scrapyard pic of 180 is actually 189 that at some previous time has had it's fleet numbers properly repainted as part of the 180/189 suspicious dodgy doings.
It looks like when news got back to the garage manager or whoever, that some tram enthusiast had correctly identified the 180/189 masquerade, then the records were retrospectively made to make it "legit"
It may have been the garage foreman "fidding" of his own accord i.e. being told to repair 189 but instead he rebodied 180 to 189 trucks and repainting all the numbers because it was easier or because it could have involved overtime/bonus if you get what I mean.
It could be a straight forward insurance fiddle with two or three "in on it" that can't be discounted at all. Has anybody got any ideas?
Anyway , take care everyone, stay safe. Billy.
Top

Just in case anyone doubts that 180 was renumbered as 189, please examine the two pics, 180 just before being taken out of service and 189 not long after it re-entered service in 1958. Take a look at the bodywork in the areas I have highlighted, all the damage is identical, it's almost like a fingerprint. Even the front advert is the same. These pics, along with the anecdote from Brunel support some sort of suspicious goings on, especially since LCT and / or the garage foreman had "hidden" this body swap for some reason. I also think that the repainting of the number 180 on the tram in the scrapyard pic was part of this double identity, I don't think they swapped any panels. The burned out tram is the remains of the bodywork of 189, with just the fleet number repainted / stencilled or whatever.
With regards to Warringtonrhino, I agree that there must have been identifying marks possibly on chassis, frame and bodywork, and the haste in which the guys that saved 180 changed the 9 into a 0 tells us they knew the true identity and was having none of the LCT shenanigans.
"If two damaged trams are taken to Crich, No 140 and No 141 (fictitious numbers) and the museum use half of each to create a new tram, what number should go on the new tram?" that made me smile, I suddenly imagined two trams cut perfectly down the middle and put together as two halves with 140 going in one direction and 141 in the other, which would be a novel solution.
Re liveries, I would think any livery that represented the vehicle at any time during it's working life would be ok but I know some enthusiasts have other opinions.
I don't class myself as a connoisseur by any means, just someone who loves Leeds Trams and LCT buses, but I do love little stories, tit bits and I know there are many like me. This thread, on a non transport specific website has had nearly 2000 views as I type so somebody has been interested / and some probably not.
I have bought a few tram items from members of the LTHS in the past and when they were fundraising the restoration of 107 I acquired my prized possession, one of the used ticket boxes taken from Leeds 160 by a member of the LTHS when it was stored at Parkside and was about to be scrapped.
Like many, I really do appreciate not just LTHS and their tremendous effort, but all the museums and anyone keeping historical vehicles ,buildings etc, it's a mammoth task. I think recent estimates to repatriate Leeds Feltham 526 and to return to operational condition is in excess of a million pounds!
Anyway, it's been a good thread and taken my mind off things, and I've learned summat too.
hope all you peeps stay safe. 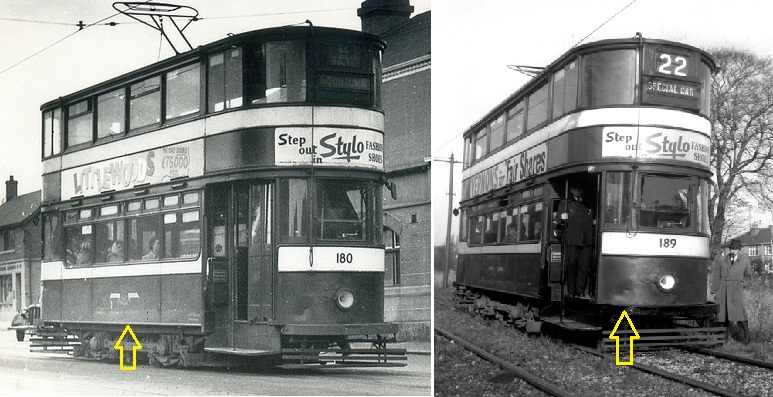 A lot of swapping & changing also went on in the railways I believe since trains were scrapped.

These are few lines about A4 class Bittern from wiki.https://preservedbritishsteamlocomotive ... -br-60019/

During the winter of 2010/2011 the locomotive received maintenance which included the cosmetic renaming and renumbering of the locomotive as scrapped classmate 4492 Dominion of New Zealand (BR number 60013).
Top

My aunt was a conductress on the trams in Leeds, she married a Polish refugee who inspired my interest in WW2 aircraft. One of my long term projects is researching the modified Westland Lysanders used to transport SOE agents, and producing drawings of the aircraft and its components.
Top
Post Reply
36 posts