Does anyone remember a railway tunnel just out of Otley town centre going in the direction of Pool in Wharfedale ?
I seem to recall this and this is shown on old maps.I have not been able to view any images or what happened to the tunnel.
Top

This would have been the point at which the line passed under Leeds Road at a very acute angle, thus neccessitating an extra-long bridge, in effect a tunnel. In fact all underpass railway stuctures longer than a certain length from portal to portal officially qualify as tunnels - the site where the Leeds/Harrogate line passes under the Kirkstall lane/Queenswood Drive junction is a case in point. As to what happened to the Otley tunnel, I would assume it was totally filled in when the Leeds Road/Otley bypass roundabout junction was built on the site.
Last edited by jim on Tue 31 Oct, 2017 4:59 pm, edited 1 time in total.
Top

The tunnel will have been demolished and the cutting filled in when the roundabout was created, if not before. 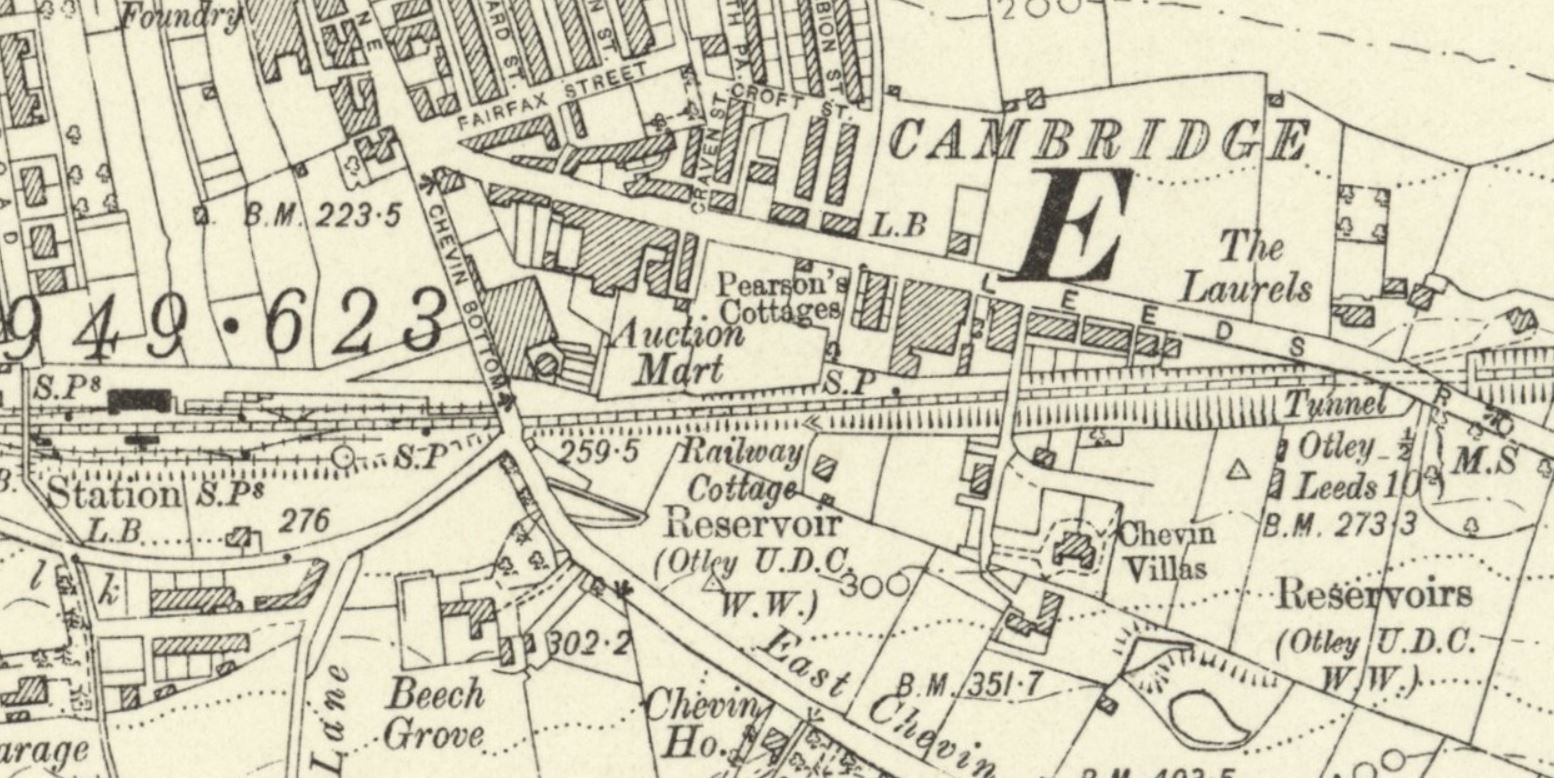 I could be wrong but looking at th sartelite image it looks like the bypass is built over the railway shown in the map above. Certainly the line of the railway can be discerned across the fields from the roundabout to the old Poolbank Road at least
living a stones throw from the Leeds MDC border at Lofthousehttp://tykebhoy.wordpress.com/
Top
Post Reply
4 posts • Page 1 of 1