I certainly have seen enough of the Ftr buses that have broken down along the 72 route over the years they have been running.Are they being transferred to other routes or areas or being scrapped ?
Top

Bracken wrote:I certainly have seen enough of the Ftr buses that have broken down along the 72 route over the years they have been running.Are they being transferred to other routes or areas or being scrapped ?

Hi Bracken. I've only once used an Ftr bus and it broke down on the way to Bradford!

"Streetdeck" buses (single door model) now appear to be in the majority on 72 and X14 routes. I have also seen one on the 16 service. Waited for one to come along this morning to try a ride - a very nice comfortable bus. No nonsense about more standee places than seated when fully loaded either, and no conductor. The only thing that the ftrs do better that I can see is to pass under low bridges.

For the bus anorak, they have fleet numbers in the 352xx series.
Top

Does anyone know what has happened to the FTR buses ? I do not miss them,much prefer the new Streetdeck that replaced them.
Top

I saw one parked up near the entrance to bramley garage last week, I'm assuming they have been here since July and are all awaiting their final journey to scrap yard. (Hopefully)
Top

I think they were 06 plate so First probably feel they had a reasonable amount of use out of them, although I suspect for some of that time they were laid up or being refurbished for the 72.

Whatever, I suppose the whole concept would have to be regarded as a waste of money. They had them in York - long gone - and also for some time in Swansea, also gone.
Top

Bendys are still in York, currently on Park n Ride

Minimum service age for a bus is approx. 15 years
Is this the end of the story ...or the beginning of a legend?
Top

There is a post on Pudsey Born & Breed showing a FTR bus being scrapped and a line of FTR's awaiting the same fate.
Top 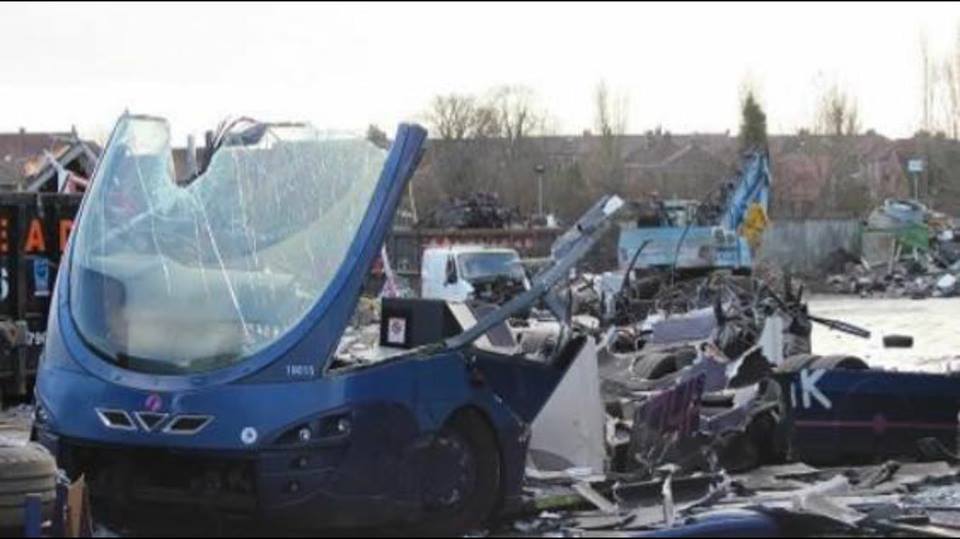 Could they not have sold them on i could see them on the front at Blackpool when the lights are on.?
No matter were i end my days im an Hunslet lad with Hunslet ways.
Top
Post Reply
22 posts