by mark1978
Oh well. Many thanks for looking!

Earlier in the thread someone mentions modifications in the 80s but I believe there must have been some modifications in the 1960s and as far as I remember it was always a working site - in the 60s I believe it was a warehouse (stationery products for schools and such), I also recall at the loading bay door (the main entrance for the trams) they had build a platform which was removed sometime before it became Technorth.

by mark1978
Thanks - interesting stuff. I did wonder what the building had been in the 30 years between the team depot and Technorth.

I walked by today and saw the door you refer to. It never used to be visible from the road - there used to be a low building connected to that other big building on Potternewton Lane (A friend of mine sprained his ankle quite badly playing duffs jumping off that roof) and there was a short steep incline. I suspect that door is more likely to be some sort of electrical relay station etc. Several of the cleansing department buildings were demolished for the new bit of Technorth but one main part remains (that other building on Potternewton Lane)...; but there were no windows there where they there are now and like I said there wasn't any back doors to Technorth both of those have been added. If you look caarefully at the brickwork at the front you can see evidence of alterations done in the past.

by mark1978
This goes back further even than the period you're talking about, but on Leodis there are some photos from 1954 of Well House Square, which was the area to the rear of Technorth / the tram depot. I've managed to do a couple of rough 'then and now' type snaps. 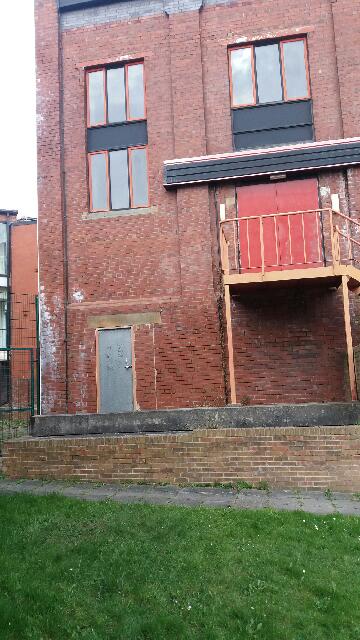 This shot from Potternewton Lane shows there hasn't been much change in the ground level on this side of the building - although that may not have been the case in the period after the houses were gone but before it was levelled off for the car park.

by mark1978
So once more back to those who have the Soper book/s (Jim?) - is there any indication on the floor plans of an inspection pit at the Chapeltown depot? Where was it if so?

Alternative theory... wasn't the depot originally built in the time of horsedrawn trans? Could the undercroft originally have housed stables?

by jim
Soper Vol 2 has a floor plan of the depot as rebuilt in 1908 on P659. It shows full-length inspection pits on six tracks, and a roughly half-length pit on the right hand (north-side) track, presumably to allow for the turn-out to the small outside shed, and the later access to the outside three car-length kickback storage siding.

The plan also infers that at that time this level extended beyond the back wall of the main building, as the centre track passed through the wide door at the back of the building shown in the picture above for about ten feet into an outside yard. This was only used by a small trolley carrying stores, which accounts for the fact that the door will obviously not allow a full height tramcar to pass through without dire consequences! To the west of this yard was a small building with an irregular floor plan (store perhaps?) and to the north of both was the small outside shed I refer to above, which originally held a tramcar in what may have been a workshop, but was converted into a substation. All this means that prior to WW2 the ground level was much higher in a triangular area here, but as the evidence of the above 1954 picture shows must have been excavated to basement level by the 1950s.

by mark1978
Thanks very much Jim - interesting stuff indeed. If you have a look on Leodis at the other pics from the Well House Square area, there are indeed a number of buildings abutting the rear of the tram depot.

Also, generally would there tend to be a space around such inspection pits, or are they more likely just to have been literal holes in the ground? I'm just trying to get a sense of whether there would be a full basement or just a few bits here and there.

by jim
Scaling from the plan in Soper 2, the building was approx 185 ft x 80 ft. The tracks (apart from the centre track
which as mentioned above passed through the end wall) ended about seven feet from the rear wall, and the inspection pits were the full length of the straight sections of the six southern tracks - 110 ft - but only for 70 ft of the northernmost track. They would have been some four feet wide, the full available space between the rails of each track. Pit depth is a subject for conjecture, but would presumably have been somewhere around 18" to 40". Most tram and locomotive sheds had full length pits of around this depth, and they were invariably heavily brick or concrete lined. If there were a basement, it would have needed very substantial support to bear the weight of the floor, the steel tracks, twenty-eight trams, and any support beams provided. Hope this addresses your query.

by mark1978
Again, thanks for looking into this Jim. In my mind the inspection pits were something like the full height pits you get in car garages, but I guess they were more like this: 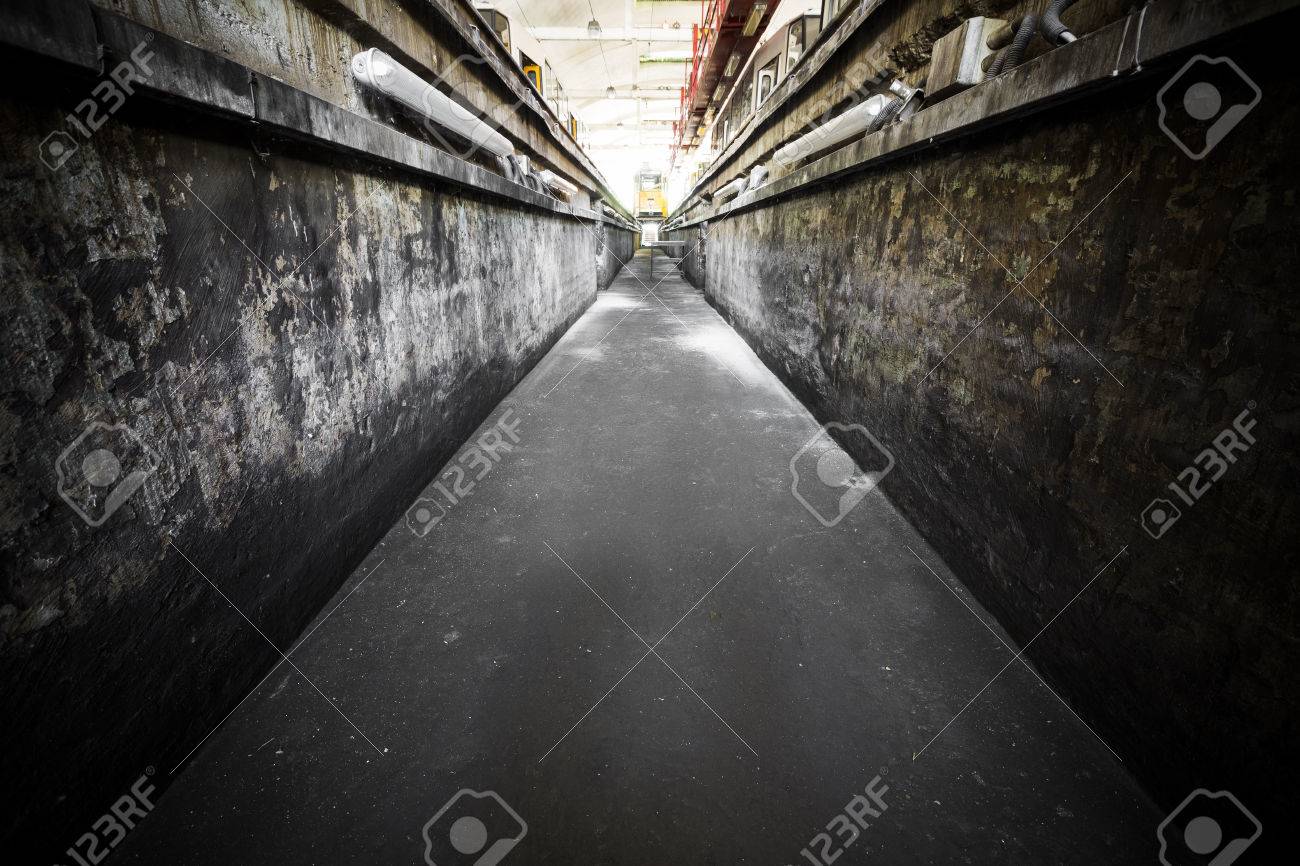 So yes, that sort of arrangement makes the existence of a basement doubtful unless there have been major changes to the structure since the tram depot closed. Still doesn't solve the mystery of what's behind that door in the car park though!
All times are UTC+01:00
Page 4 of 5