I am interested to find out where abouts Stanningley Train Station is located after reading an article in the Pudsey times. I never actually knew there was a station in Stanningley which apparently closed 40 years ago.I have asked my boyfriend who has lived here most of his life but he was also unaware of the station and this lead to a long conversation about where it could have been. We thought it was maybe near the bridge to Grangefield Industrial Estate. Can anybody help solve this querie?
Top

About where the builders yard is at the bottom of Richardshaw lane I think. May be wrong.
Top

Cardiarms wrote: About where the builders yard is at the bottom of Richardshaw lane I think. May be wrong. Yes, as far as I know it was just the Leeds side of Richardshaw Lane - I haven't time to go and look for a day or two yet, but I seem to think that some of the small businesses are actually in the recognisable remains of railway buildings - will have a look when I get chance - another very interesting question.
There's nothing like keeping the past alive - it makes us relieved to reflect that any bad times have gone, and happy to relive all the joyful and fascinating experiences of our own and other folks' earlier days.
Top

If you can can you cave a look at the old 'works' on the corner of Slater's Row and Town Street? It's a stone factory shed of some age. There's an inscription on the lintel facing the road that I've never been able to read from the car or bus and have always wondered what it said.
Top

I worked at Stanningley stn in the 60'sThere was a foot path at the side of Gearys antiques which led to the Down ( Bradford )platform.On this path was the beginning of a long sloping covered path which led to a subway,up the steps to the Braford pfm a short subway to the up(leeds pfm) and a path out to Town street.The up platform had just a waiting room,the station sign said 'Stanningley for Farsley'The down pfm had a booking office/small waiting area.A larger waiting room,the parcls office,toilets and staff mess room.Above the mess room was the station masters office which I think had been a signal box.There was a house included in the stn buildings which was let to a railway man.The stn master liver farther up R'shaw lane.All the station including the platform lamps were gas lit.There was a short bay where a parcel van was dropped off on a morning and picked up at night.3 drivers delivered parcels to Pudsey,Calverley,Rodley,Farsley and Bramley.There was a goods warehouse,coal yard and a steep rail connection to the engineers depot.the coal yard entrance was higher up R'shaw lane.In the 60's the London Brick Co had a railhead at Stanningley.The bricks came from Fletton near Peterboro and were delivered to local building sites.Late turn which finished at 2240 hrs was quite after 2000,the Sun was a nice little calling point between trains!.The branch via Pudsey Greenside and Lowtown was also open during this time and I used to work at Greenside on on afternnon.Has anybody got any decent Photographs please??The signal box was still open,nearby was a siding to J.I.Case tractor factory,we used to load tractors there usually for export.The signalling was transfered To Bramley Box and of course to Leeds power Box as it expanded.
Consciousness: That annoying time between naps.90% of being smart is knowing what you're dumb at.
Top

Thes are the only pix i could find so far... Stanningley Signal Box. ...and the Stanningley East Signal Box. 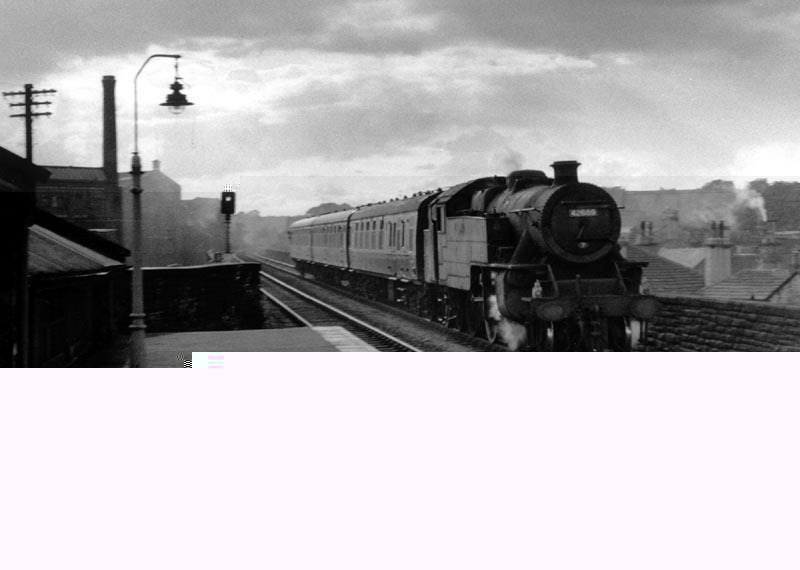 Cardiarms wrote: About where the builders yard is at the bottom of Richardshaw lane I think. May be wrong. Hi Cardiarms you were spot on dogduke says entry down the side of Gearys Antiques now the Arches Restaurant.
Top
Post Reply
69 posts