LS1 wrote:Was it not just Dodo bones? I seem to remember the bones of part of a Dodo skeleton when the museum was in the Municipal Buildings, but never a stuffed dodo. They had a stuffed Tasmanian Tiger (which are also extinct) but not sure if it was transferred to the current museum location.

Even if it is only the bones, that is still the point they were there, and I haven't been dreaming, and you are confirming my memory.

I can't remember any precise details, so there may have been bones and a picture, but if they are genuine Dodo bones the Museum will be interested.

Lots of the items they have are listed on card indexes, or not even listed at all, they have thousands of bits and bobs scattered around the City in storage.
Top

There are or were bones - they are pictured next to the tiger in my link to dodoquest that Leo's search on Bing had brought up, above the picture of the dodo in La Rochelle.

But what I remember was a life-size dodo in a glass case in the museum. Probably a mock up of course. If memory serves it was against a wall on the right of the main room [as it was then].
There is enough sadness in life without having fellows like Gussie Fink-Nottle going about in sea boots.
Top

Here it is again: 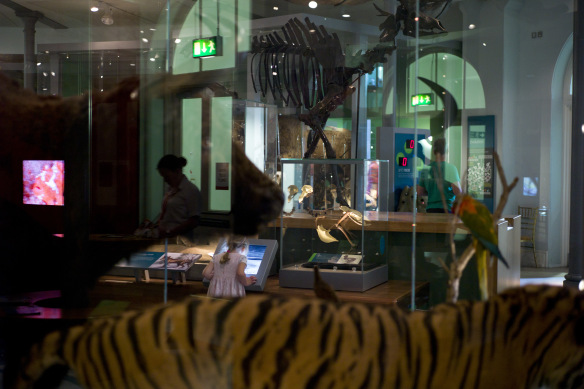 There is enough sadness in life without having fellows like Gussie Fink-Nottle going about in sea boots.
Top

The text accompanying the La Rochelle example states clearly that it's a model, not a stuffed example.

My pen pal in the 1970s was in La Rochelle, so perhaps there is some link between our cities? I know our official twin city in France is Lille, but is it possible that the model dodo in LR was lent by Leeds?
The older I get, the better I was.
Top
Post Reply
14 posts