by Leodian
With the high rainfall in recent days I thought it might be interesting to see what the flow was where the River Aire starts to run under Leeds Station, so I went to have a look today (Nov 19 2015). There was however not as great a flow as I expected (that was likely to have been a day or two back after the extremely heavy rainfall in the catchment area). These are a couple of photos that I took. Something that makes me wonder about is that the support structure does not seem that strong, though as it will have been fine for very many years I guess it is still OK now. 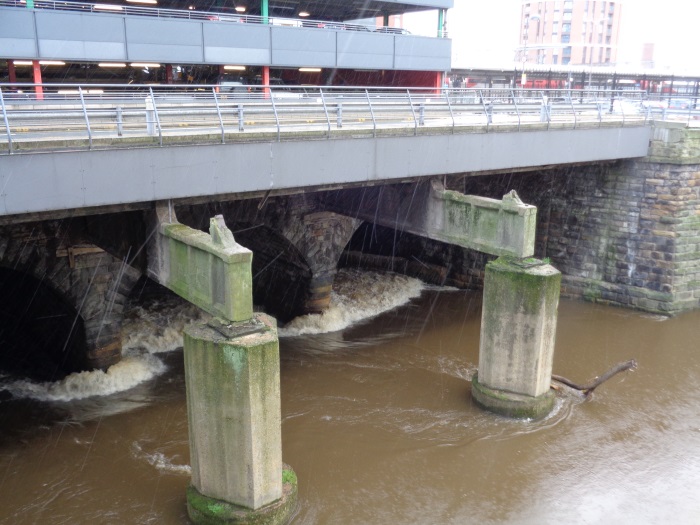 by itszico
I am interested in the 90 degree turn south of the River Aire under the dark arches. It exists on the 1847 OS map, running under Wellington Station so it was there before the railway viaduct through to Marsh Lane was built. Older maps seem to show lots of water channels running roughly east-south-east through the Isle of Cinder site. Logically it would seem that the river was channelled in this southerly direction when Wellington Station was built but can anyone confirm this? Alternatively, is there some geological feature here which naturally channels most of the water in a southerly direction?
All times are UTC+01:00
Page 1 of 1