This Bench Mark (BM) caught my eye on January 12 2016. It is on the rail bridge stonework on Kirkgate opposite the Duck & Drake pub. The first photo is a close-up of the BM and the second shows its location looking across Kirkgate from in front of the Duck & Drake (the BM is in the green area below the City Centre Loop road sign and immediately left of a drain pipe). There seems to be BM marked at the site on an 1891 1:1056 map in the Old Maps UK website but I cannot zoom in enough to clearly read what it states. 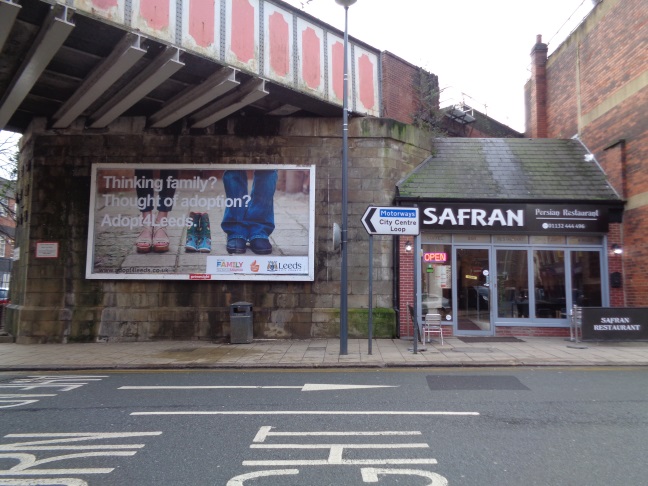 You were lucky to get a shot from across the road as on the couple of occasions I tried it had a Megabus coach parked in front of it with lots of youngsters milling about.
http://www.flickr.com/photos/liits/
Top

Thanks liits for the information about the Bench Mark

Cut in a concrete block wall.

Cut in a concrete block wall.

Here's a question for you......
I've seen one or two BM's in concrete and rendered walls and the actual marks always seem to look as though they have been impressed as opposed to having been chiseled. Brunel's pic is a good example of this.
This mark wile not giving the appearance of being weathered / eroded, is not sharp and distinct. Can anybody suggest why this is?
http://www.flickr.com/photos/liits/
Top

Could they have been machine cut?

When did concrete blocks come into use?

Perhaps a trip to the building college will yield answers.
Top

Brunel wrote:Could they have been machine cut?.......

If in doubt, ask Ordnance Survey;

"Presumably, the OS Cut Benchmarks were individually hand cut. As the leveling was being surveyed, did the surveyors have a mason following them around cutting the BM's?
I've trawled the internet and cannot find a picture of a BM being cut. As there were so many thousands of them done, surely, somebody must have captured it. I don;t suppose you'd have either a picture or be able to suggest where one could be found?"

And they replied;
"Hello Chris,
We checked with one of our experienced members of one of our technical teams, and as far as we know the surveyors cut the benchmarks themselves. The colleague I contacted mentioned remembering that at our old headquarters, there used to be some old 40’s/50’s style, long, single story civil service “hut” type buildings whose gable ends were covered in benchmarks where people had practiced the art of cutting them.
I've also checked with our old photo archivist and she has found a picture in our photo library showing a benchmark being cut. If you could provide an email address she'll be happy to send this to you."

I'll post the photo as soon as I get it.
http://www.flickr.com/photos/liits/
Top

This Bench Mark (BM) is on the left of Neville Street just as that enters the 'tunnel' under the train station (going towards City Square). It is a differently cut style than other BMs. I've found a BM there on an 1891 1:500 map in the Old Maps UK website but I cannot make out the information with it. It is not marked on an 1850 1:1056 map but that is no surprise as the railway nor the 'tunnel' were there then. I thus don't know how old this BM is as I do not have ready access to older maps that may have that information.

The first photo (taken today Jan 20 2016) is a close-up of the BM. The second (also taken today) is across Neville Street and shows the location of the BM on the old stone work by the right of the door and immediately left of a short white pipe.

The BM is at the Coffea coffee/tea cafe. I would like to thank its staff for their willingness to move their pavement advert board so that I could take photos

. It may have been very strange to have someone come in and start twittering on about a likely very old Bench Mark on their outside wall! The location of the BM looking across Neville Street where that starts to go under the train station towards City Square (taken Jan 20 2016). The entry/exit to the Dark Arches is seen.
692R.jpg (136.41 KiB) Viewed 4516 times

Here is the picture as promised by the Ordnance Survey. (they were kind enough to point out that while there is no charge for the use of their picture, they retain the copyright, so I've added the copyright watermark). The location of the photograph is unknown.
I would suggest that the OS's Surveyor is not carving a BM as such but is carving the mark that indicates a triangulation point high up on the roof of some structure.
This makes me wonder if, apart from the mark at ground level to indicate a triangulation point [as at St John's Church, Briggate] there is another mark high above that we never see?
While the OS are on a bit of a roll, I'm going to ask them a few more questions about BM's.
More to come, I hope.......
http://www.flickr.com/photos/liits/
Top
Post Reply
192 posts