A cat and a Bench Mark! I took these photos on May 24 2017 on Eccup Lane a little way downhill from the junction with the delightfully named Bedlam Lane. The drawing of the cat on the stone pillar relates to a cattery that used to be nearby in High Weardley and has mentions in this old Secret Leeds thread http://secretleeds.com/viewtopic.php?f=15&t=4736 This is a damaged Bench Mark (BM) that I saw purely by chance when I was in the area (I'm still surprised that I spotted it!). The BM is on Thirsk Row near its junction with Aire Street. Looking at some maps there was a BM there, or about there, from 1850 to at least 1921 but a BM is not marked there from at least a 1952 map and up to at least a 1964/1970 map. Surprisingly, the BM does not seem to be recorded on the very extensive Bench Mark Database website. I took the photos on June 20 2017. The first is a close-up of the BM and the second shows its location below the window frame that is just left and below the Thirsk Row street sign. 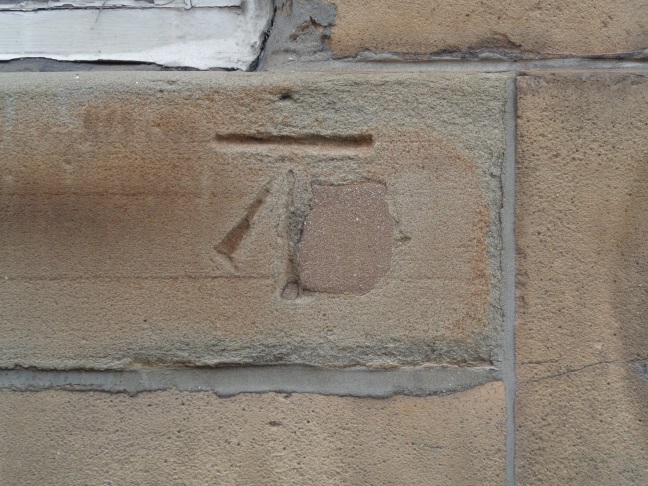 Cheers warringtonrhino for that map

. There was thus a BM there even earlier than I knew from the maps that I've seen.

I like to see such maps as there is often things in them that I was not aware of. For example though I've heard of the 'Bondman Dam or High Dam' I don't recall hearing of the 'Waterloo Ford'. In view of the 'Monk Pit Lock' name I wonder if there once was a Monk Pit near by? It's also interesting that in view of the 1846-47 map date that much of the street layout and names are still extant.
A rainbow is a ribbon that Nature puts on when she washes her hair.
Top

There was no Monk Pit (mine) as such, for an explanation of Monk Pits see below:-

Monk Bridge
Built in 1827 to a design by George Leather. This bridge takes its name from Monk Pits, an area of meadowland north of the river. It carried Whitehall Road, the main route from Halifax to Leeds into the centre of the town. The bridge was a bow-spring tied arch structure built of cast iron made at the Bowling Iron Works near Bradford. There was also a smaller stone bridge over the canal. By the 1880s the bridge could no longer cope with the increasing volume of traffic and a new bridge was built by the Leeds Corporation. This was designed by Thomas Hewson, the Borough Engineer, and was of cast iron lattice girder construction, with a span of 109ft. Rows of cast iron owls lined the parapet, and the Leeds coat of arms was carved on the stone pillars either side of the bridge. The bridge over the canal was also replaced with a cast iron structure, with the Leeds coat of arms cast into the ironwork.
Is this the end of the story ...or the beginning of a legend?
Top Thanks buffaloskinner for all of that fascinating information

Here is the 1891 map showing that bench mark on Aire Street, also there is another at the front of the Great Northern Hotel.

The map also shows the old walkway from Central Station to the GN Hotel. 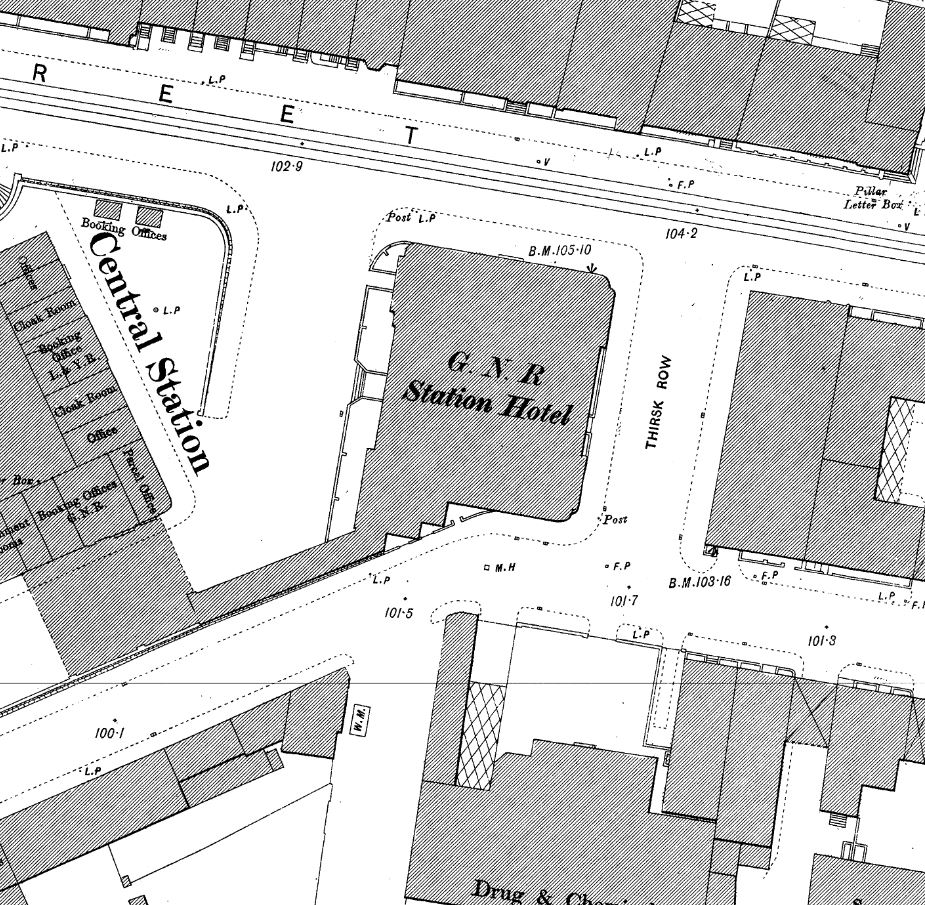 Thanks buffaloskinner for that 1891 map

I notice there are 2 'Cloak Room' marked at the Central Station. I wonder if they were what might now be called a Luggage Room or perhaps people did place clothes/cloaks there then

PS. In regard to the Bench Mark (BM) at the then G. N. R. Station Hotel I posted a photo on December 11 2015 (currently on page 3) of the BM on what was then the former Wellesley Hotel (a later name for the Great Northern Hotel).
A rainbow is a ribbon that Nature puts on when she washes her hair.
Top

I believe that the Cloak Rooms were in fact Waiting Rooms, there was always a Ladies Waiting Room and a general Waiting Room. See below pic from 1954. Is this the end of the story ...or the beginning of a legend?
Top
Post Reply
192 posts