The Monk Bridge Owls and other owls

I think the post office owls don't count because they are just there to scare birds away, rather than part of a coat of arms. Shame - I quite like them!
Top

leedslily wrote: I think the post office owls don't count because they are just there to scare birds away, rather than part of a coat of arms. Shame - I quite like them! That's correct, the trail is just about civic owls. I noticed another bird scaring owl on the trail, on Abtech House on South Parade, which is very nicely dressed when you look at it closely.
Top

Hi Simonq, I don't think they are all civic owls ( although the majority are ). The St Anne's Cathedral, Fountain House, Yorkshire Penny Bank, and Quebec Owls don't seem to qualify under that definition, and the Leeds Civic Trust Owl only qualifies on the basis of the title of its owners! I particularly enjoyed the bird-scarer high up on the window ledge of Fountain House, "bonus" to the one at head height in the railings.
Top

Photo of Monk Bridge Owls from Leodis - c. 1937Wonder what happened to the plaque Yes indeed it was a most enjoyable morning and thanks Jim for all your help. Here's just one taken at Kirkgate Market. I'll post more at another time. There are 4 Municipal Owls that may be little known. There is a pair of them on the left and right side by the short flight of steps just inside the Calverley Street entrance to the City Library. They seem to be the same as the well known line of Owls on Calverley Street. Currently they do though look to be in a neglected state and each pair is in a sort of alcove that has rubbish in (there is torn netting over them presumably put there at some stage to help protect them).I informed the Leeds Owl Trail staff about them on July 20 2010. I have (hopefully) added an image of the pair on the right side that I took on July 22 2010. And now the pair on the left side that I also photographed on July 22 2010. 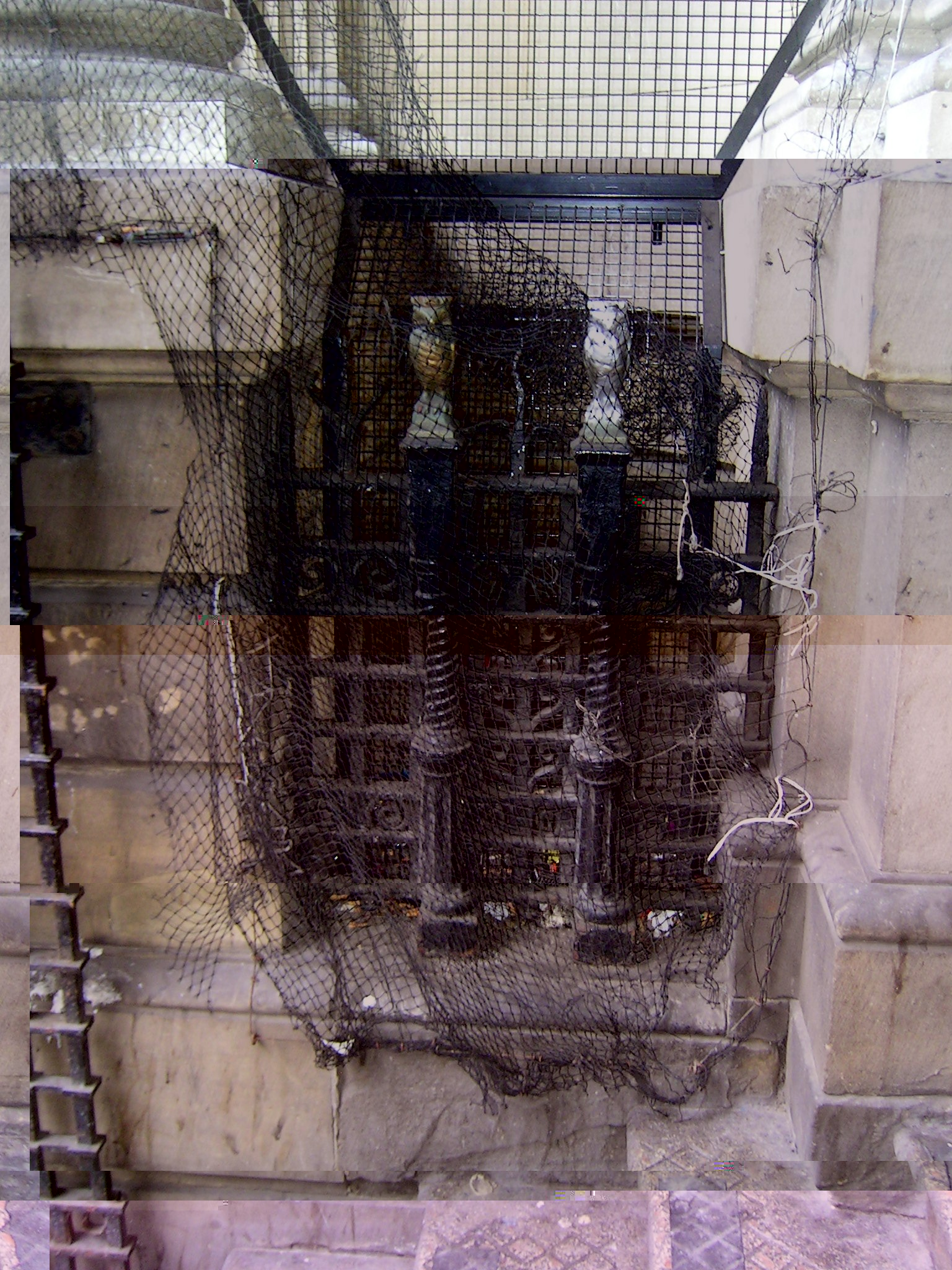 Saw some people looking amazed and pointing up to the top of the Merrion Hotel. A couple were taking pictures too. I stopped to see what the fuss was about. Now I really cant believe that Owl could have fooled anybody but there we are!
Top

There are owl plaques inside the old entrance to the L G I.Also at the top of the steps leading to the other parts of the hospital are they on the owl trail ?
No matter were i end my days im an Hunslet lad with Hunslet ways.
Top
Post Reply
131 posts