I assume that sundials are classed as clocks, if so I found this one above the south enterence of St John the Evangalist Church off Upper Briggate. 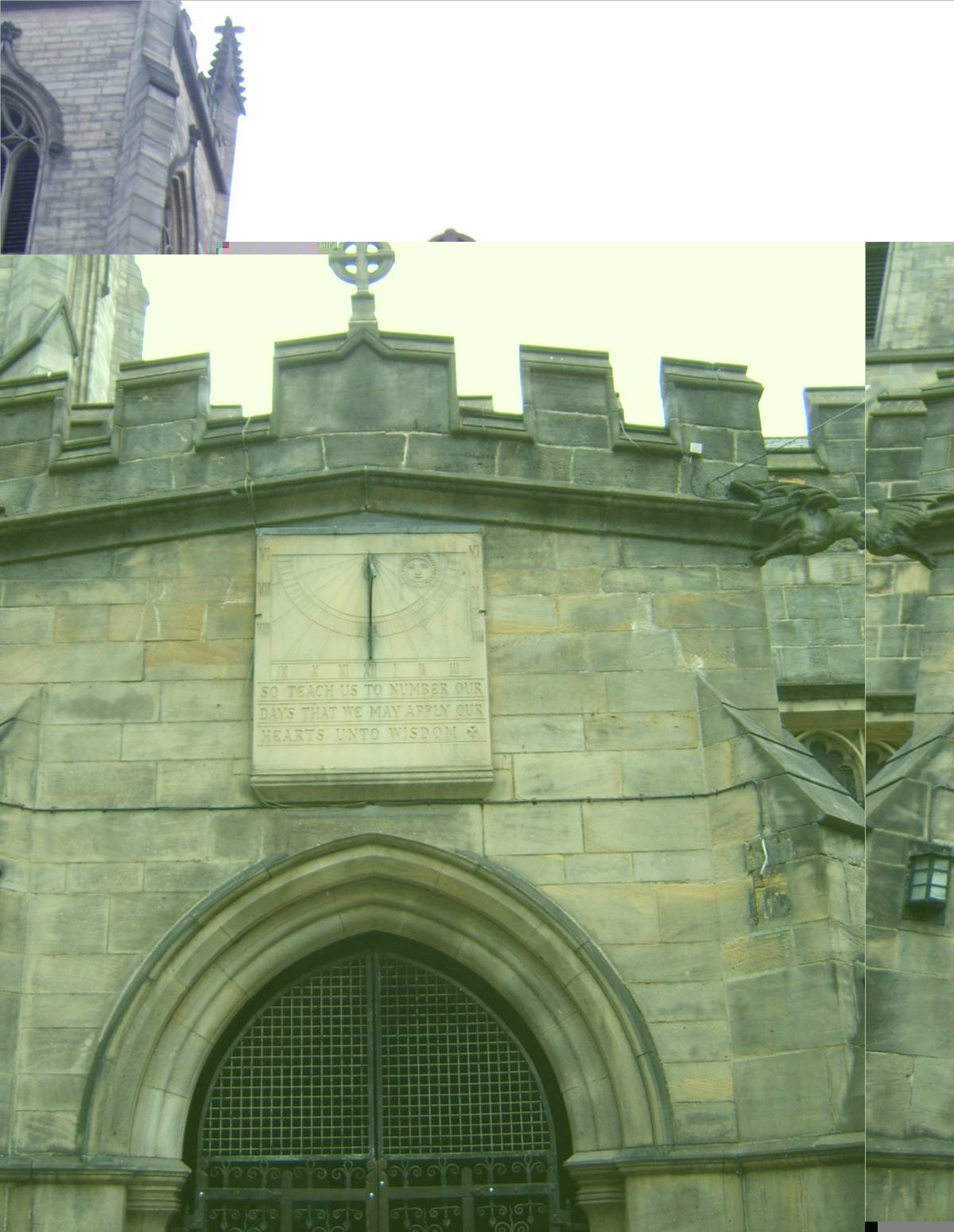 Just a thought, if St John,s Church is the oldest in Leeds, would this mean that this sundial is the oldest time piece in the City ?
Top

It doesn't seem to be working. It shows half past six all the bleeding time!
I WANT TO BE IN THE "INCROWD"

I got a picture of the St Johs sundial http://www.flickr.com/photos/phill_dvsn ... 0058380/It was SPOT ON with the time when i saw it lol
My flickr pictures are herehttp://www.flickr.com/photos/phill_dvsn/Because lunacy was the influence for an album. It goes without saying that an album about lunacy will breed a lunatics obsessions with an album - The Dark side of the moon!
Top

I took this photo of the sundial today (March 28 2012). I thought this sundial would have been covered in Secret Leeds before and I found this thread. I also thought that it would still be OK to post this image. It was taken at 12:16 BST so the sundial showing shortly after 11:00 is accurate as that will be under GMT as the Sun time did not go forward 1 hour last weekend! Is it electric?
Daft I call it - What's for tea Ma?
Top

Johnny39 wrote: Is it electric? It must be, because if the Sun's shining it always shows the current time - I've already got mi' coit on
There's nothing like keeping the past alive - it makes us relieved to reflect that any bad times have gone, and happy to relive all the joyful and fascinating experiences of our own and other folks' earlier days.
Top

BLAKEY wrote: Johnny39 wrote: Is it electric? It must be, because if the Sun's shining it always shows the current time - I've already got mi' coit on That made me
A rainbow is a ribbon that Nature puts on when she washes her hair.
Top
Post Reply
9 posts • Page 1 of 1