Where the main building used to stand... 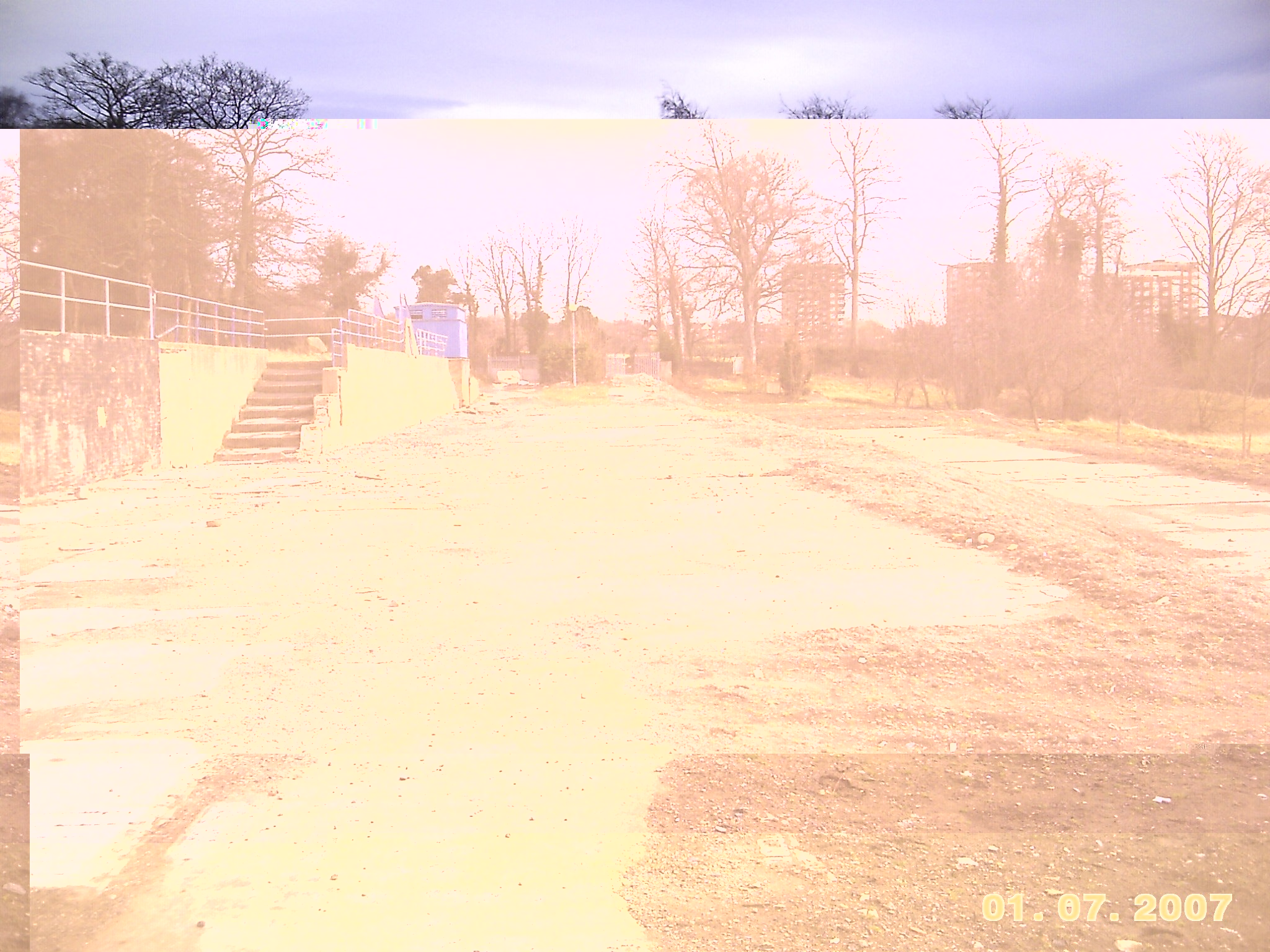 Where the new building used to stand, you can still see the floor tiles from the diner

I wont upload all of them just the interesting ones, if anyone wants anymore let me know cheers
Top

easy tony2, i went to braim wood for 5 years in the 90's, the thing u refer to as mamur?? its not mamur, we all called the the MAMMA, and has been caled that from the 70's, it was our smoking area so to speak, same with the tennis courts, i have pictures of braim wood and surrounding secrets....
Man be the downfall of man
Top

I pass braimwood, well what used to be braimwood whenever I go to Roundhay Park and often cut through the site past the rugby pitch. I used to go here only a few years back and might have some photos lyinng around somewhere. Its strange to see a massive empty space with the only remains being the Big Mamma and the Tennis Courts.When you took pics of the tennis courts, did you happen to look at the old sannd pit to the side of them.. There is a grave at the end of it now with a wooden cross. Not sure if it is there to say R.I.P Braimwood or pehaps the caretaker Stuart unfortunately lost one of his dogs? Not sure.
For every action, there is a reaction
Top

I cant say I saw any grave mate but when I pass through next time I shall have a look, any pictures of Braimwood would be great on here...
im trying to find pictures and history of Braimwood Boys Highschool which closed in June 2006. As yet ive had no such luck, any ideas please!!! (1960-2006)
Top

I have some pics of the school about 5 months before it was flattened here they are
Short in arm and long in pocket, been a long time but I am making a re-appearance!!!!
Top

Forget the last post as I cant upload my pics as they are too big but you can follow this link: http://www.flickr.com/photos/tomackroyd ... 853623370/
Short in arm and long in pocket, been a long time but I am making a re-appearance!!!!
Top

I remember the 'Big Wall' or Mamma being a place of initiation as a test how hard you were. Boys were expected to at least be able to 'drop off' the wall, where you ease yourself over the edge until you're just supported by your fingertips and then dropping to the floor. Some kids would even jump from the top, especially if they had their doc martins on. I remember the Big Wall used to look massive and intimidating when I was a 10 yr old in 1975. Looking at the photo's now it doesn't look so high. I completed my first 'drop-off' the wall within weeks of starting in 1975, very few first years had done it, most kids didn't do it until the third year.
Top

Anybody remember any of the teachers or kids from the mid 70's?I remember being in 'Baggie Bowler's' class in the third year, 77-78.
Top
Post Reply
54 posts