I went to braim wood middle 76-79 .loved that school .Mr etherington was one of the teachers I remember the cross country run past the cemetery we did the playing fields where we d have hockey lesson lol.

Flange5 wrote:I went to brain wood middle 76-79 .loved that school .Mr etherington was one of the teachers I remember the cross country run past the cemetery we did the playing fields where we d have hockey lesson lol.

Sorry about the quality of the photo's, no high resolution phones then (no phones full stop) the fact that everyone crowds round and strikes a pose when a camera came out says it all.

My Gillow could zip through a full lesson taking about skiing in France and how 'you can just brush the snow off if you fall over', we had to pre-arrange who was going to put their hand up and set him off, he was a great teacher really, if you wanted to take up skiing as a career.

I remember Mr Etherington, he'd cover you in spit when he was shouting at you. Mrs 'keep yer tongues still' Bowler - or baggy as we would shout when running down the corridor after banging on her wall - she came out every time and shouted at us, if she just ignored us the problem would have gone away. Doing the drop from Big Mamma and playing kiss catch on the top field - some were more enthusiastic than others when caught - you know who you are!

Bulls field fights - the teachers hearts must have dropped as they gazed through the heavy thick high tar smoke of the staff room to see a mob gathering opposite.

The special school further up the lane was called Roundhay Lodge, the days of political correctness were far in the future and calling your mate a 'Roundhay Lodger - Jammy Dodger' was a good way to finish the day.

There was a science teacher who worked with my Mr Fawley, I can't remember her name but I remember her emptying a jar of Mercury onto the desk and we all flicked it around to discover its properties - one day she brought pair of lungs into class (pig or sheep) and demonstrated how we breath by using a demijohn as a thorax and a piece of rubber as the diaphragm, most informative.

Brian Bartel was the PE teacher, I understand he played for Roundhegians for some time. Was Mrs Murphy the music teacher? I played the trumpet in the school orchestra - what a racket - the violin section was screechy as hell then the recorders came in and she tried to hold it all together by playing the piano loudly over us.

Someone mentioned having a crush on Mrs Waddington, I had the same for a while, she never taught me but when she got into her MGB and wizzed off down the drive that was it. Having said that I was getting to the age where Mrs Bowler on a bike would probably have done it.

Mr Etherington would line up boys in the well (the level down from the playground where the toilets were) to be either slippered or T-squared. As a deterrent the rest of the year were told to assemble at the railings to witness sentencing take place. Much as public executions came to an end, the school, or it may have been Amnesty International, deemed it too degrading and the punishment was moved behind closed doors. The last office before the entrance hall was the location and most days at throwing out time 4 or 5 lined up in the corridor to await their fate. If you were punished and were brave enough to tell your parents you were either sent to bed or punished again for misbehaving.

Happy days indeed, if the Mercury exposure and the beatings didn't harm you then the liberal use of asbestos during construction was what eventually saw it off, so if you were scratching at the walls and pipes you've only yourself to blame.

And if you told your kids what went we got up to then, they wouldn't believe you! 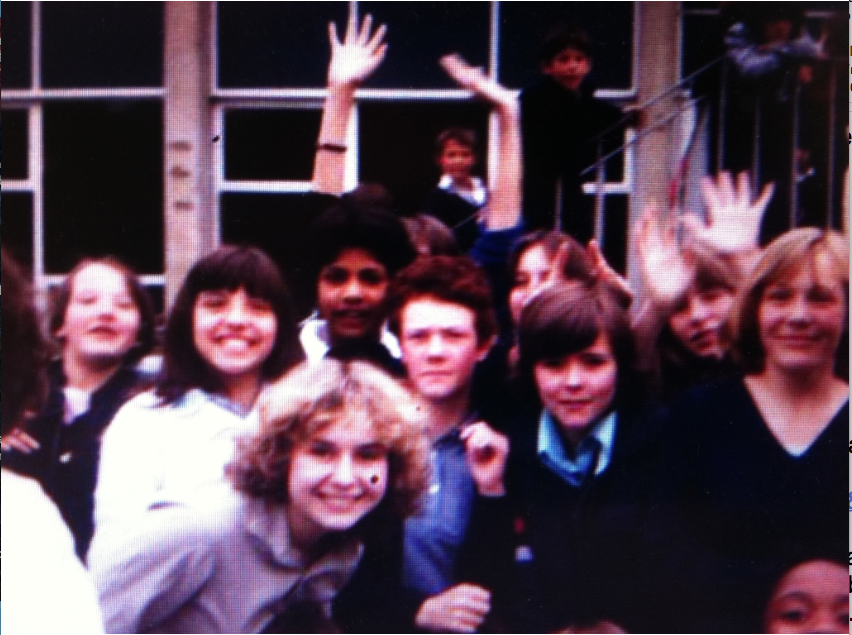 The graveyard is St John's church, when you went up to the far end of the top sports field you passed the graveyard on your left and emerge at the waterfall end of the lake.
Top

Forgot about this thread. I was there a few weeks back and the grounds have a new school on them. Roundhay primary i think. Rugby posts still up in the top field.