Verity's tea rooms in Adel Woods near where Nanny Beck joins Adel Beck were demolished in the late 1950s, but not its toilet block! From what I've read the toilet block had been built by Leeds City Council to replace some very basic facilities.
I'm curious why the block has not been demolished as it is not, as far as I know, a listed building. Some brickwork has long been removed so it seems possible to climb up to have a look inside or even get in the block, though I've never tried doing that! I wonder if anyone knows what is inside? I presume there were male and female sections but I assume that all facilities were removed. I've added 2 photos of the toilet block that I took on March 5 2021. 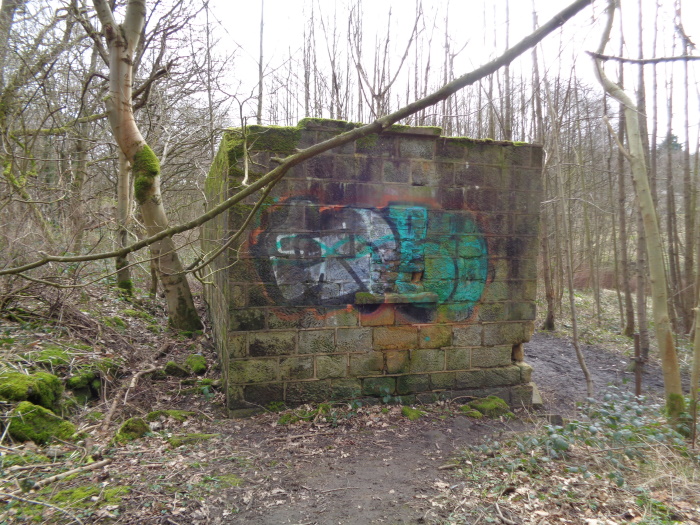