Bunkers, shelters and other buildings
Post Reply
4 posts • Page 1 of 1

When looking at some maps on the Old Maps UK website I spotted on an 1893 map (1:2,500) what seemed to be extensive grounds of a Manston Hall where Seacroft Hospital now is. The Hall was not marked on an 1851-1854 map (1:10,560) despite information I found that stated it became the new home when the owner of Manston Hall in Manston moved to the new location in 1846. It was not on a 1908 map (1:2,500). The site was developed to become Manston Infectious Diseases Hospital that opened in 1898 and later called Seacroft Infectious Hospital.

As I've not been able to readily find any further history about the new Manston Hall I wonder if anyone knows any or at least some easily available source.

I have attached part of the 1893 map from the Old-Maps UK website that shows Manston Hall grounds. What is now York Road runs across the map and what will be Bridle Path is also seen. I will add in my next post a link to the only photo I've found that apparently shows some of the new Manston Hall. 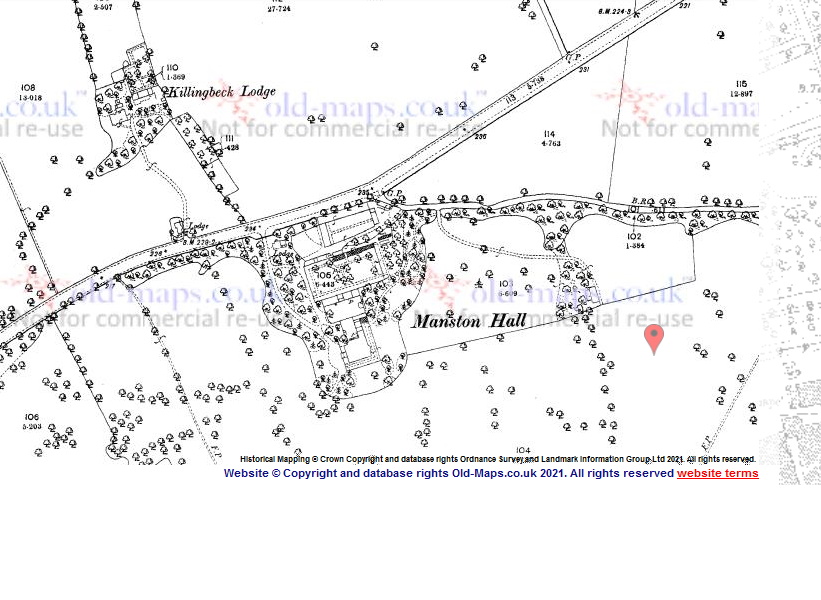 This is the link to the photo and its caption that is taken from the Leodis website.
http://www.leodis.net/display.aspx?reso ... SPLAY=FULL
A rainbow is a ribbon that Nature puts on when she washes her hair.
Top

Thanks warringtonrhino for that information.

It's very interesting that the site was occupied from 1284 to the building of the new Manston Hall. That's a very long time! I wonder what archaeology might be hidden in the grounds of that area of Seacroft hospital?
A rainbow is a ribbon that Nature puts on when she washes her hair.
Top
Post Reply
4 posts • Page 1 of 1