Bunkers, shelters and other buildings
Post Reply
7 posts • Page 1 of 1

I thought there would be a thread having photos of at least recently(ish) closed shops on Kirkgate, Leeds, but if there is one I could not readily find it so I've started this one. These are 2 photos I took on April 9 2019 as work has very recently begun on what I presume is the start of the restoration work on Kirkagte, including what remains of the site of the First White Cloth Hall. The second photo shows part of a building on the right that I think is what remains of the First White Cloth Hall.

Though I probably should recall both shops i don't recall either, so I wonder when they closed down. 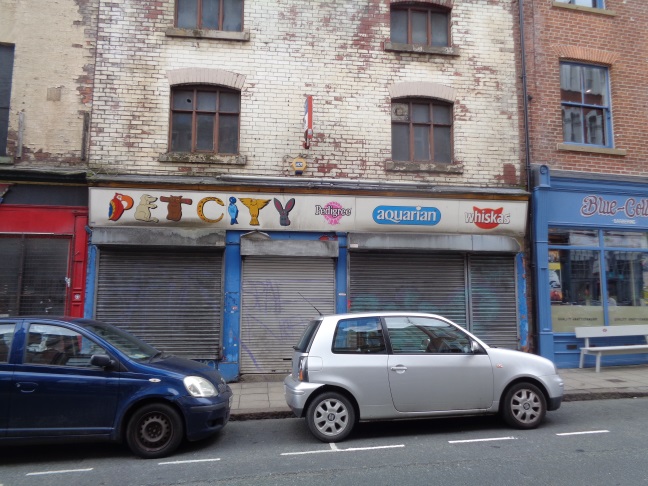 Pet City has been closed for quite some time.
Good Freshwater and tropical fish and accessories as I remember plus the bits and pieces for small animals some of which they stocked .
Consciousness: That annoying time between naps.90% of being smart is knowing what you're dumb at.
Top

Fabrication moved out of there ages ago. After moving around a bit it's now on Albion St. It's worth a look as well. It's kind of a collective of individual artists and crafters who make things like jewellery, posters, ornaments and such like.

I vaguely remember years ago there used to be a martial arts equipment shop on Kirkgate. It moved to North Street and then closed somewhere around 2009-10. The place is now a hairdresser.
Top

Thanks dogduke and mhoulden for your input which is appreciated

I have added these 2 photos that I took on April 11 2019. I wonder if anyone knows what is the name on the building on the left of the barbers shop as I cannot make it out even enlarging the photo (it may, or may not, start with Frank). The second photo shows what was Kirkgate Anglers with the shop next to it being one of a few on this side of Kirkgate that is operating. We used Alice's Kitchen everyday when we worked on Langton's Wharfe in 1991.One day when i went in for my breakfast, there was what i can only decribe as a baboon demanding the cafe owners car key's saying you Know what he's like,the cafe never opened again after that day.
Top

Thanks buffaloskinner and hyperion3 for your inputs.

That side of Kirkgate does currently look very odd with some closed and looking very run down premises yet others have been spruced up and are trading.
A rainbow is a ribbon that Nature puts on when she washes her hair.
Top
Post Reply
7 posts • Page 1 of 1