Church Army building at the Calls and East Street junction.

I took this photo today (August 19 2011) of the Church Army building.There are quite a number of photos in the Leodis photographic archive that show the building but it is always in the rear. The Leodis photos cover from 1934 to 1938 and mainly show construction work going on to cover East Street Beck. From some information I found the Church Army building was originally an hostel for men. I understand that it was (or still is) used as apartments but I notice that it is now has a 'To Let. Quality Offices' sign. I am though having difficulty in readily finding out anything about its early history. 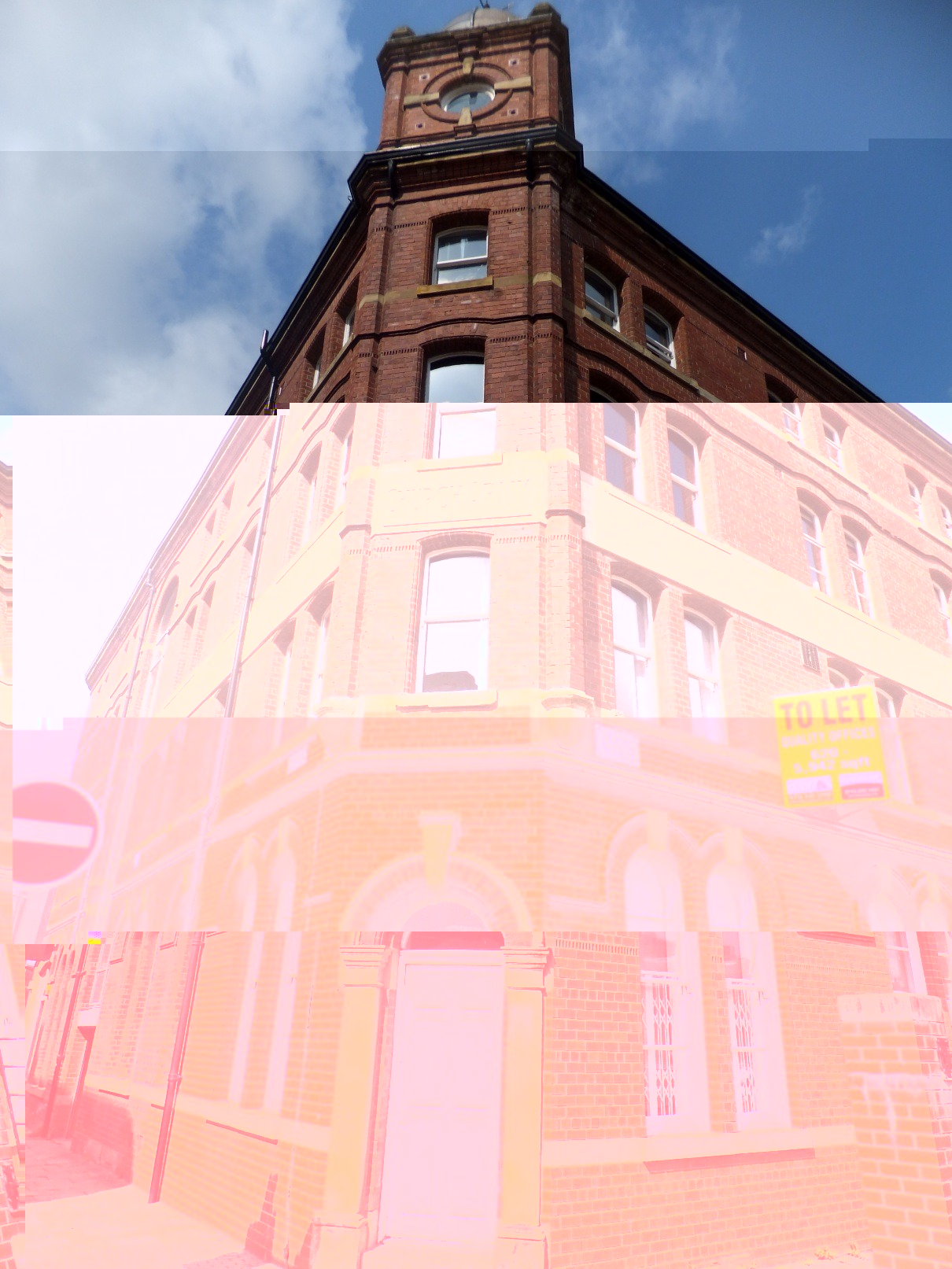 This topic brings back very poignant memories for me. During the 1970s, and some personal problems, I sometimed used to go in The Palace for a quiet drink and a bit of reflection. At that time I used to see in there a pitiful very disabled old Geordie chap who was obviously in the very worst of circumstances. He lived in the Church Army Hostel and definitely "had nothing" and like many more was paying the price for being crippled in WW2 and falling on hard times. I used to treat him to a whisky sometimes and it obviously made his day - he was definitely a genuine chap and was not a "sponger." In all the time I knew him he never wore anything diffferent - grey flat cap and dark jacket - and always commented, but didn't moan, about a huge steel pin which was in his lower leg and gave him constant pain. No doubt by now he's landed somewhere more peaceful - I hope so.
There's nothing like keeping the past alive - it makes us relieved to reflect that any bad times have gone, and happy to relive all the joyful and fascinating experiences of our own and other folks' earlier days.
Top

That was very sad Blakey. I wonder what happened to the man?At least I now know that the Church Army building was still being used as a hostel for men during at least the 1970's.
A rainbow is a ribbon that Nature puts on when she washes her hair.
Top

This article in the YEP describes a man called Marian Wojcicki who died there in 1984 when it was still in use as a hostel:http://www.yorkshireeveningpost.co.uk/n ... 936Another resident of the hostel was David Oluwale. It looks like http://books.google.com/books?id=9uuYpu ... &q&f=false tells some of his story but I haven't read it throughThe Church Army itself still exists and the pages for the diocese of Leeds and Ripon are at http://www.churcharmy.org.uk/pub/action ... ds.aspxThe hostel was transferred to the Church Housing Association. http://www.churchhousingtrust.org.uk/history.htm explains the financial reasons and http://groups.yahoo.com/group/Kresy-Sib ... sage/30979 is a mailing list that includes a message from the secretary of the housing association that claims it was transferred to them in 1988.There was a planning application in 1990 for a change of use from a hostel to offices, by a company called Fletcher Properties rather than a housing association: https://publicaccess.leeds.gov.uk/onlin ... TLQJBXE859 and a list of alterations at https://publicaccess.leeds.gov.uk/onlin ... AH8JBLI000(The Leeds planning application info system goes back to about 1974 so I think that'll be another one to add to the resources thread)There's an article about Jan Fletcher at http://www.insidermedia.com/productsand ... /oneonone/ which claims she bought it in 1987 when it was derelict, so someone may have got their dates mixed up. The Church Housing Trust website says that Church Army property was transferred in 1977 so I wonder if the Leeds hostel was actually transferred in 1978 rather than 1988.
Top

Thank you mhoulden. Your help is much appreciated.
A rainbow is a ribbon that Nature puts on when she washes her hair.
Top

caron That got me too. There but for the Grace go I.
Top

To think all he did in the last war to end up like that.In this day and there are people who have done nothing but sit on there back sides and have a far better life than that i wont say any more or i will get myself in a mood.
No matter were i end my days im an Hunslet lad with Hunslet ways.
Top

Re: Church Army building at the Calls and East Street junction.

Hi.
This was still active as a hostel early 80’s.
My parents ran this hostel for a number of years living on site and myself and my brother were born there.
I remember the ground floor at the front with the tall windows being our play room and also remember looking out of one of the upstairs windows most nights to the rear where there was a van rental place. Avis I think.
We all left in 1980 as my parents were asked to run a new hostel in Gloucestershire and a number of residents wanted to move with them and relocated down south.
I remember one man who relocated named Ronald Todd who became more like a family member we’d known him so long.
He taught us to play snooker,darts, cards etc growing up so assume he liked the pubs. Haha.
Sadly he passed some years back but that place has great memories for me and I’m actually back up north this weekend and going to see it before booking to stay in the apartment that used to be my playroom for my upcoming birthday weekend.
Top
Post Reply
12 posts