kamasz wrote: Wow, great to read some of the posts as a new member.Maggie Hall was our older woman fantasy, some sickos who sat at the front would drop their pens to have a look up her skirt. I respected Maggie Hall as a dedicated teacher, but the quote above has just turned my stomach.....
Nostalgia isn't what it used to be.
Top

Geez and entire thread on my old school i only left there in 2000 so my knowlege of that place is prob relitavley fresh i saw the pic of the sports hall and got so exited loved that school i remember there being a plaque to tony roper outside the sports hall. I also remember the library burning down along with all the clay for the art dept. I also believe at least we were told about someone getting locked in the old boxing room (top floor) over the school hols feeding the ghost stories of course not sure if there is any truth in that one though.
Top

Just found this thread and it brought the memories flooding back. I was interned at St Micks between 1958 - 62.Edna Creek - Music - A crazy woman. In the first form she excluded me from the choir without even hearing me sing. When I later found out that one of the 'treats' enjoyed by the choir was to entertain residents of the Metropole Hotel with Carols on Christmas Night, I felt a lot better.Miss Veitch or Mrs Jammywhiskers taught us french. She was quite stern but at least sane.Ferulas or Tollys - You werent considered a proper pupil until you had received at least 3 ferulas. It was getting close to Christmas and I had not been punished for anything so I deliberately banged my desk lid down loudly and was duly sentenced to get three. After that punishments seemed to come thick and fast but I dont think any of us resented them much.Father O'Callaghan - He told us that if we had to drink alcohol as we grew up we should stick to beer as our stomachs would go before our heads. I took his advice an my first job was with Tetleys Brewery where I spent 6 happy years.I also remember Fr Culshaw, Fr Ryan, Brother McElhatton and others whose names I have forgotten.I still remember my ideal Saturday was getting the bus to Cookridge to play football for the school in the morning then going into the awful communal baths and trying to cleanse the mud with the blocks of bubble - free carbolic soap. Then lemonade in the tuck shop/ cafe and into Youngmans fish and chip shop in town and finally to Elland Road to watch the pre - Revie United struggle but sometimes even win. Little did we know that we were shortly to have the privilege of watching one of the best football teams of all time.Happy days and a good education even though I didnt take full advantage of it as I was one of only two pupils in my form who left at 15 years old.
Top

Here's my class (3C) in the summer of 1964. I think I could recall just about all the names if required! Fr Hewitt was form master at the time of course; one of the more approachable masters who taught RE. We had Fr Woodhall, very meek, he ran the chess club I think; Mr Western maths, Mr Philips, music - hands stained orange through heavy smoking, Mr Caulfield history (and architecture and wasn't he PE with Mr Atkinson also?) Fr O'Calaghan, Fr Edwards, et al. Mr Lavin too. As for long distance travel, some class mates came in from York, Normanton and south Emsel and would invariably be late for class as the result of a train problem.One Sunday afternoon I cycled past Fr Hand on my tandem in the Broomhill area off Scott Hall Rd whilst he was out calling. The very next day I was sent to stand outside his office for some misdemeanour or other and because we'd seen each other the day previously he let me off!The most unpleasant 'learning' experiences without any doubt were under the auspices of Mr Walsh. He actually broke my elder brother Clive's arm with a cricket bat - someone may remember him appearing in class with a plaster caste. He was 3 years above me. The memory of 'THAT' famous scene outside school with Norbert and a disgruntled pupil is still very strong. The drama had been building all day with the expectation of the anticipated show-down and it didn't disappoint!!Talking of cycling encounters, I passed Norbert as well, tearing round the large lake in Roundhay Park on my bike. He was sitting on a bench with a lady friend and just glared daggers at me as I rode past - the things we remember from our school days. Being such a keen cyclist must be at least one of the contributory factors in my now infamous (ask my family!) non achievement at St Michaels.I remember the little corner shop down st Johns Rd where you could buy just 2 'ciggies' (in a paper bag!)and Jubbly ice lollies of course. Also, on at least one occasion seeing Jimmy Saville's white Rolls outside his mothers home in a terraced house just across from the playground. What a villain he turned out. My 4th form friends and I used to go to the Mecca on Saturday mornings in early to mid 60's but Saville may have moved on by then.
Top

Hi allYoutube vids I did for any who haven't seen them - cheers - Jhttp://www.youtube.com/watch?v=ZSnNY6YE5Ykhttp ... lcZ1ZElKZo
"Good Honest Iago does not make false claims"
Top

I was there in the early 60s but moved away from Leeds to London many years ago. Does anyone remember, or better still have news of, Dave Farrer, Pete Toolan, John McKenna or Eddie Coyne? All friends of mine with whom I lost touch. Sadly my great pals Bernard Cliff and Paul Roe with whom I did retain contact, have died, both far too young.Fond, mostly, memories of many of the masters mentioned here: "Sister" Edwards; Jim Grady (whom I last saw with characteristic fag on in a bookies in Leeds); John McIntyre, a real gent and a great history teacher, one of the few I remember who conveyed his love of the subject; Frs Woodhall, Culshaw and Yarnold who took the 1st X1 for cricket in my time.
Top 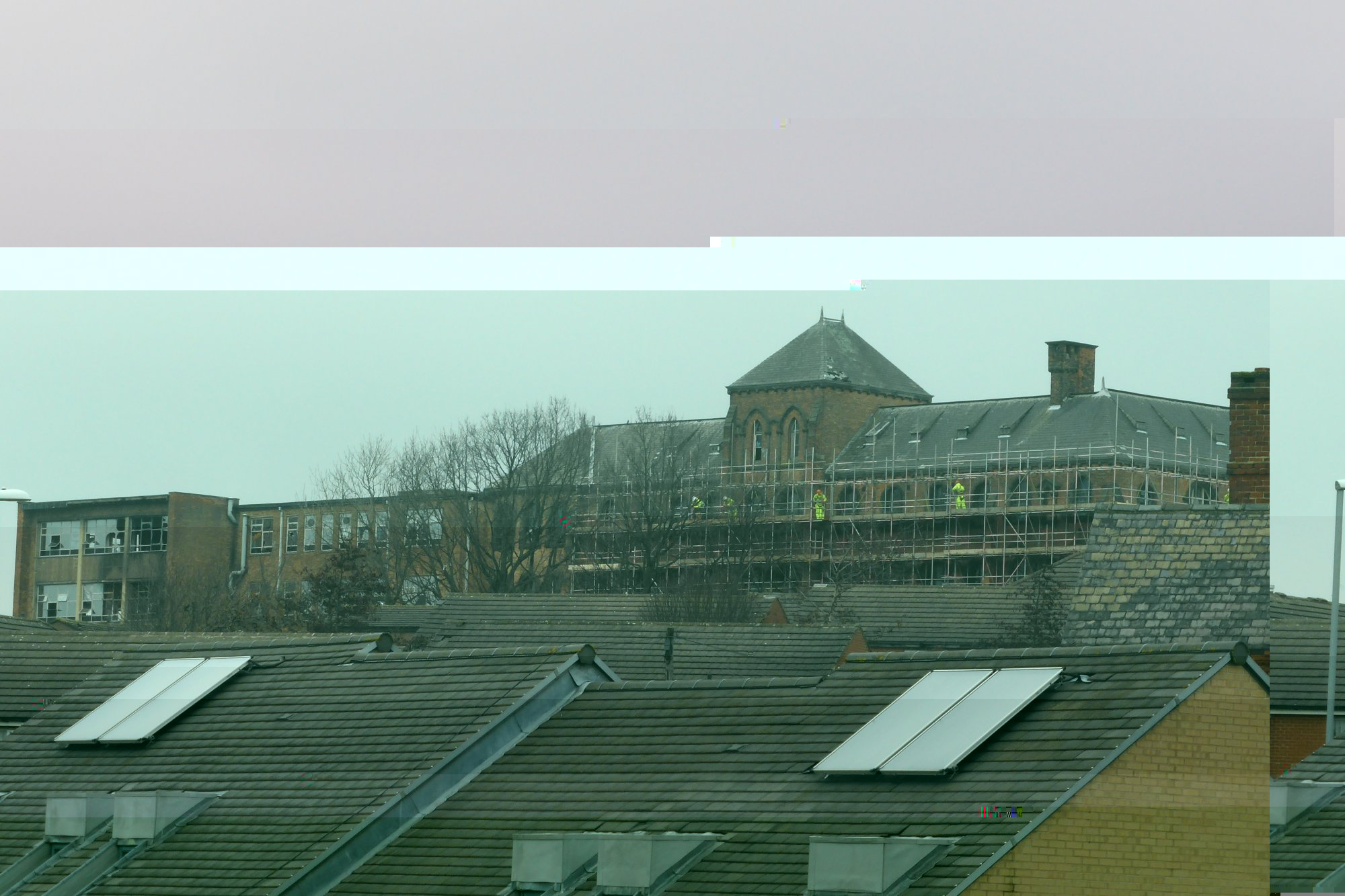 Looks like works about to start on St Michaels shortly.
They say i have no talent and that I'm difficult to work with.And they say it as if its a bad thing
Top

Great thread nice to see new members on site keep up the good work.
No matter were i end my days im an Hunslet lad with Hunslet ways.
Top

Just found this forum. Brings back memories, mostly good. Some of the teachers I remember..
Miss Hahnel - Biology..
Mr Wilson (?) - Maths , not the Chemistry Wilson - that's a different Wilson.
'Texas Ted' Duffy and the mechanical calculators in the maths room. I remember he realised that some of the class didn't understand simple algebra so he got a load of ancient textbooks, probably pre 1940s (.. complete with pre 1940 dust on them !) and gave us 100 questions for homework.. "Trustram and Whittlestone - Introduction to Algebra" I still remember the title of the book. Not a great teacher but I can still do algebra...
Mr Cassidy - Chemistry. A good teacher.Taught me Chemistry right through to A level and got me to University.
Mr Capps - Biology. Another good teacher.
'Big Bill' Brooks - French. Used to call us the 'creme de la creme' because we were in the upper stream. I once used the phrase back at him and he replied "todays creme is tomorrow's cheese."
(Terry?) McGarrigal - German but with a scottish accent.
Top
Post Reply
93 posts