was set in a semi circle and the middle of a farmers field - we couldn't spend long there as we were always in fear of the farmer shooting us - as you had to cross the fence to get to it but we always knew it was here.

I fly drones now for photography and recently took a picture from the air as wouldn't jump the fence now I know better.
Its almost fully covered over by soil now

Its a shame the POW camp is almost unheard of now and post hill is hidden under overgrown trees, used to be visible from all over Pudsey as a yellow stone roaman road/hill. 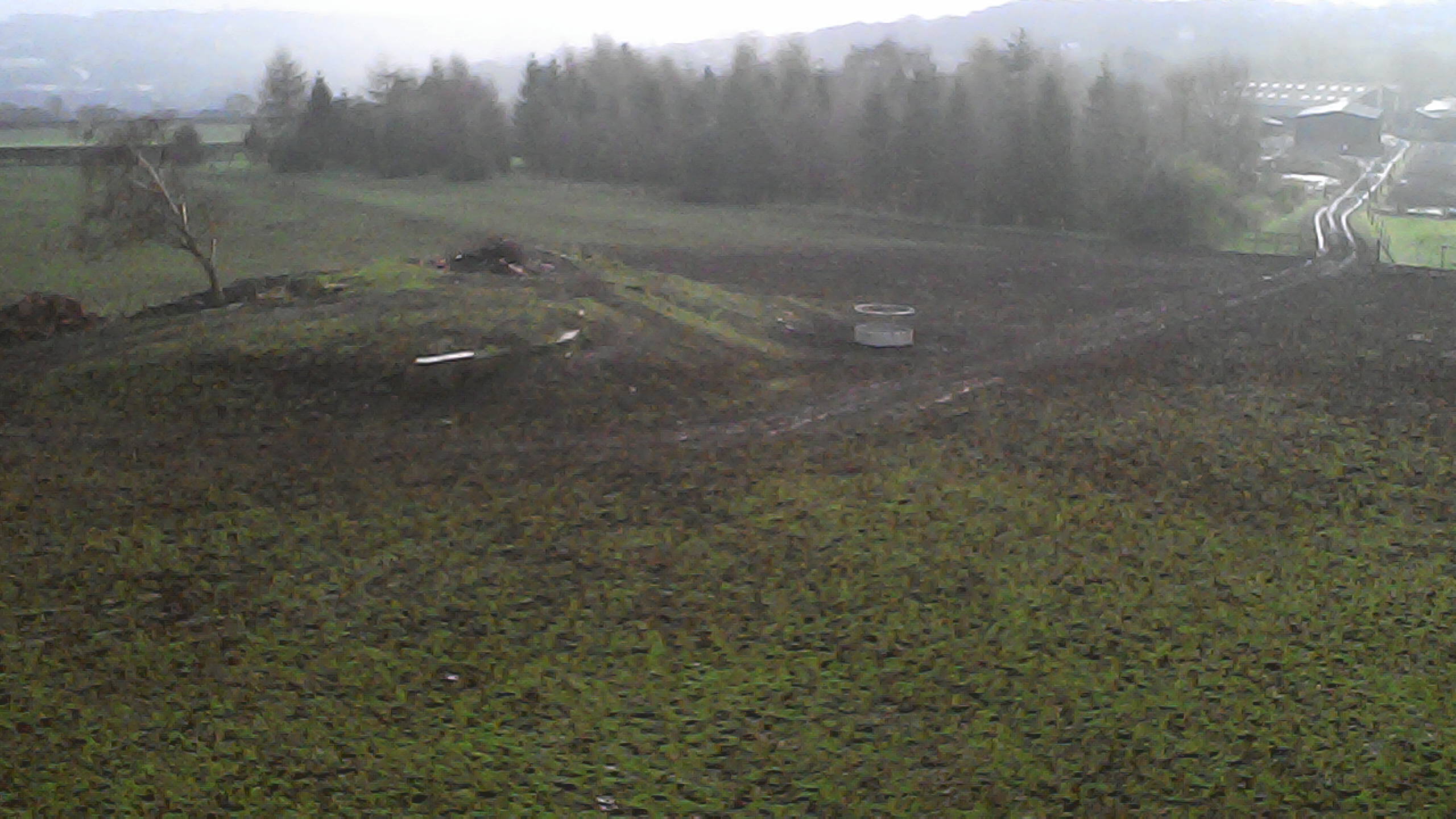 Hello everyone, realise this thread is fairly old so I may be out of luck on replies - but I'm currently working on an article about POW camps in Yorkshire and am looking for sources to chat about these camps - anyone who remembers them / had family members work/meet at them would be fantastic! Please do send a reply here or shoot an email over to [email protected] if this sounds like you. Cheers!
Top


A few online sources confirm it was both an anti aircraft gun site and a POW camp:

WWII Leeds bombing raid recalled - Yorkshire Evening Post
14 Mar 2011 - In Leeds, however, life pretty much carried on as normal. ... “When we heard the ack-ack guns at Post Hill (a local beauty spot between Pudsey ...

During world war two anti aircraft guns,barrage balloon winch sites and search lights were all sited on the high ground there to protect the area against the visiting Luftwaffe night bombers who were searching for the several factories who were making munitions,and many nights sleep was disturbed

During the war the top of Post Hill played an important role – an open prison camp was built and held Italian Prisoners of War, who were allowed to work for the local community but had to be back in camp for the evening curfew. The camp also housed two anti-aircraft guns – I still remember exploring the enormous concrete structures as a child in the late seventies before they were removed. Nothing remains of it now – the area is now a farmers field with horses and cows grazing.
It used to be said that the statue of the Black Prince had been placed in City Square , near the station, pointing South to tell all the southerners who've just got off the train to b****r off back down south!
Top

This question was posed 12 years ago but as far as I know never answered.
The Yorkshire Post supported its use for motor sports in the 1920's hence the name.
Better late than never!
It used to be said that the statue of the Black Prince had been placed in City Square , near the station, pointing South to tell all the southerners who've just got off the train to b****r off back down south!
Top